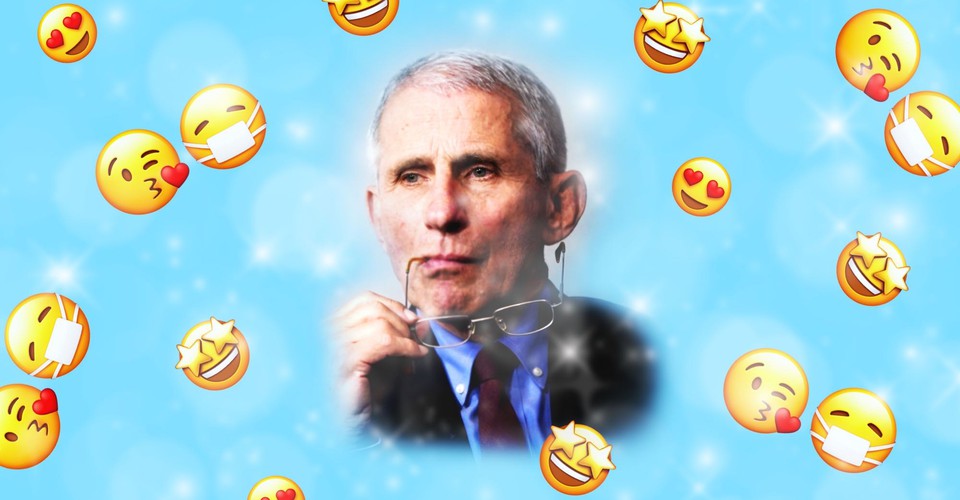 At this moment, smooching anyone is verboten, even reckless, but in isolation and in daydreams, lots of Americans are thinking about planting one on a 79-year-old immunologist.

Read: When keeping your distance is the best way to show you care

The @FauciFan Twitter account—which last week featured a photo of a young Fauci explaining how HIV interacts with the immune system, captioned “#tbt #thirsttrap”—was created three weeks ago by Sara Alexander, Tiffany Zarrella, and Leann To, three friends and microbiologists who work together in Bethesda, Maryland. They are not joking about their crush, and their fan account now has more than 15,000 followers.

The trio had been talking about their thirst for Fauci over text, and decided to take it public in hopes that it would be entertaining to other bored and freaked-out people. To, 22, told me that she thinks people are drawn to Fauci’s “cute Brooklyn accent.” She wouldn’t have been able to guess his age, she added, pointing out that he’s an avid runner, and has serious light-up-the-room energy. “He’s very knowledgeable and expert, but he speaks in a really approachable way,” Zarella, 33, told me. “Everyone wants to know what’s going on, and he delivers.”

Alexander, 25, agrees, saying, “I do personally think that he actually is attractive, and it’s not unheard of for people to be attracted to older men. Look at Jeff Goldblum.” I proposed to her that Goldblum is an actual Hollywood star, and that there might be something strange about presenting Fauci as one. “We’re not trying to prop him up and make him a celebrity,” she told me. “It’s just an appreciation of him. He’s working 16-plus-hour days.”

Americans have had plenty of political crushes before. There have been more durable ones on presidents such as John F. Kennedy, Ronald Reagan, and, more recently, Barack Obama. By the time Obama became a public figure, the internet was ready to amplify conversations about thirsting over handsome and competent men: In 2007, one of YouTube’s first mainstream viral hits was a comedy music video called “Crush on Obama,” starring the actress Amber Lee Ettinger as a young woman in booty shorts who wants to make out with the then-senator from Illinois.

“I did develop a crush on Obama,” Ettinger told me. (Today, she’s an Instagram influencer who posts mom-related lifestyle content.) “He was this young, suave, handsome fellow. People felt a personal connection with him when he spoke.” For Fauci, she speculated, the incentives for crushing are a little bit different. “No. 1, his little New York accent. He feels like a voice of reason, someone you can trust. He has a calming presence about him. Supersmart. I think he’s adorable.”

The more obvious precedent for Fauci’s newfound celebrity is another flavor-of-the-week public figure, Special Counsel Robert Mueller, who became a superhero and stoic boyfriend to the left during his investigation of Russian interference in the 2016 election. That in itself was not entirely novel: For a brief period after 9/11, then-Secretary of Defense Donald Rumsfeld was treated as a sex symbol—as Salon put it, a “hot Republican war dad.”