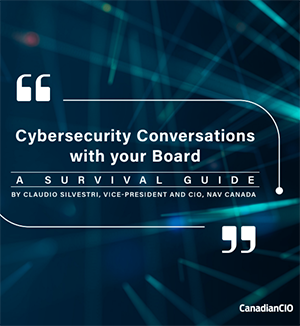 Another provincial government has become entangled in a missing email controversy.

In a report released Tuesday, Prince Edward Island information and privacy commissioner Karen Rose said there was “insufficient evidence” that someone in government either willfully destroyed or told someone to destroy almost two years of emails to evade an access to information request.

CBC identified the unnamed staffer as Brad Mix, in charge of business attraction within the Innovation PEI Crown corporation, one of 16 defendants in a $150 million alleged breach of contract lawsuit over the province’s failed attempt to become a regulator for online gambling.

Rose noted the unnamed employee reported the missing email covering 2011 and 2012 in March 2015. He told investigators he didn’t delete the messages.

The province’s email archiving and storage processes in 2011 made it more likely that emails might go missing, Rose added, noting she was told by the acting director of IT services that sometimes emails have gone missing. The government only holds data backups for 365 days.

Still, Rose did note that PEI’s Department of Economic Growth, Tourism and Culture (EGTC) didn’t fulfill its duty to open and report that emails were missing to two persons who made a request under the provincial access to information law.

“I would have expected the gap in the named employee’s emails to be one of the first facts to be communicated to the applicants,” Rose wrote. “Instead, the EGTC provided the few records they had to the applicants and remained silent about the possibility that there could have been more, but they had not been retained.

“I am at a loss to explain the motivation of the EGTC in withholding such key information from the applicants.” All she could do was refund the applicants’ $5 application fees.

There have been missing emails scandals in two other provinces.

In 2018 a judge convicted the former chief of staff of premier Dalton McGinty of unauthorized use of a computer in hiring a third person to delete emails and other digital documents on 20 government computers in the premier’s office just before McGinty left office. The documents related to the expensive and controversial cancelling of two gas power plants.

In 2015 British Columbia’s information commissioner investigated the deletion of email relating to access to information requests about deaths on the so-called Highway of Tears. It centred on the allegation by the executive assistant to the transport minister that a ministerial assistant had deliberately triple-deleted certain of his emails needed to fulfill the access request. That allegation was denied. However, the ministerial assistant ultimately admitted he knew about triple-deletion. Eventually, he pleaded guilty to lying to the information commissioner and was fined $2,500.

In her report, the commissioner found the verbal process of the premier’s office resulted in a systemic delay and a loss of potentially responsive records. She also found the then deputy chief of staff’s broad interpretation of transitory records (which could be deleted or saved) and non-transitory documents (which had to be saved) resulted in the permanent deletion of almost all emails she sent.

The report recommended technical updates to stop employees from permanently deleting emails and ensure the government retains a lasting record of email accounts. It also recommended mandatory records management training to all employees, including how to properly determine whether a record is transitory, and training to ensure proper retention and destruction of records.


Cybersecurity Conversations with your Board – A Survival Guide
A SURVIVAL GUIDE BY CLAUDIO SILVESTRI, VICE-PRESIDENT AND CIO, NAV CANADA
Download Now