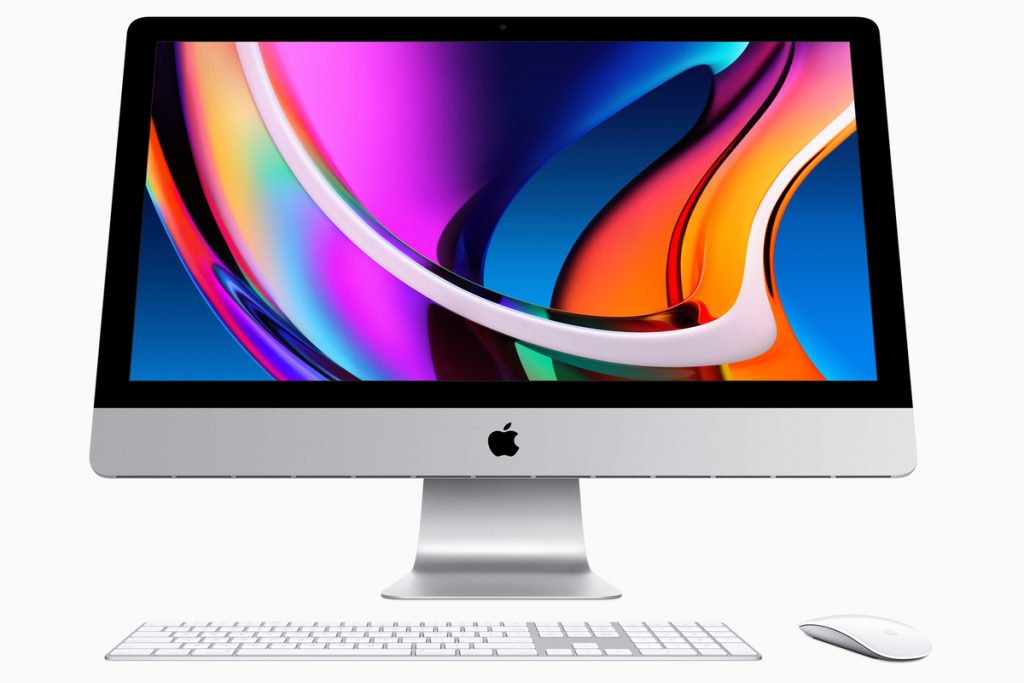 If you’ve been holding out for a brand new 27-inch iMac, the big day has arrived. While you’ll need to wait a little longer for that rumored Pro Display XDR-inspired redesign and Apple silicon inside, Apple has announced a “major update” to the 27-inch iMac, and it is more than just a summer speed bump. It changes just about everything about Apple’s all-in-one desktop computer and brings several compelling reasons to upgrade. Here are five reasons why you might want to take the plunge now and delay a switch to Apple silicon.

The iMac has always been underrated for its speed, but the latest update brings a major boost over the previous model. The Intel 8th-gen processors have been replaced with 10th-gen chips that max out at an insane 10-core 3.6GHz Core i9 processor with Turbo Boost up to 5.0GHz, and the graphics have been boosted from the Radeon Pro 570X and 580X to the Radeon Pro 5300, 5500XT, and 5700 XT with up to 16GB of memory. Simply put, this machine will get you through the transition and then some, and it’s hard to imagine the first batch of Apple’s own chips being much faster.

The Fusion Drive—which combined a small SSD with a hard drive—was a great hybrid solution back when it was introduced in 2012 and SSDs were insanely expensive. That’s hasn’t been the case for a while and Apple has finally fitted all iMacs with speedy SSD drives—even the 21.5-inch model. You’ll be getting less space—the $1,799 model comes with just 256GB of storage vs the 1TB Fusion Drive with no option to upgrade—but the entire machine will seem much faster, even if you need to plug in an external drive for extra storage.

You can get high-end matte glass

When the Pro Display XDR was released without a stand, it was the butt of many a joke, but the fact remains that it’s an incredibly good display. And one of its best features has come to the 27-inch iMac. Along with True Tone tech across the board, high-end video and photography pros can opt for a nano-texture glass option, which brings “extremely low reflectivity and less glare” without needing to add a coating to the screen. It’ll cost you an extra $500, but your eyes will thank you.

The camera is actually good

Apple’s sub-par 720p Mac video cameras have taken a lot of abuse now that everyone is using them for video conferencing, and Apple has got the memo. Not only has the camera been upgraded to the iMac Pro’s 1080p lens, Apple says the Image Signal Processor in the T2 Security Chip brings “tone mapping, exposure control, and face detection for a much higher quality camera experience.” You’ll also get better sound thanks to an improved audio algorithm and new studio mics for clearer calls.

You know your apps will work

Whether you buy a standard $1,799 model or opt for the maxed-out model for just a shade under $9,000, there’s one thing you can be sure of: All of your apps will work for years to come. We’re not saying the transition to Apple silicon won’t be smooth, but we just don’t know how long it’ll take developers to update their apps, how fast and reliable Rosetta2 will be, and whether all of our favorite apps will even make the switch. But Apple has promised that today’s Intel machines will be supported for years to come, so your new iMac won’t be left to languish.