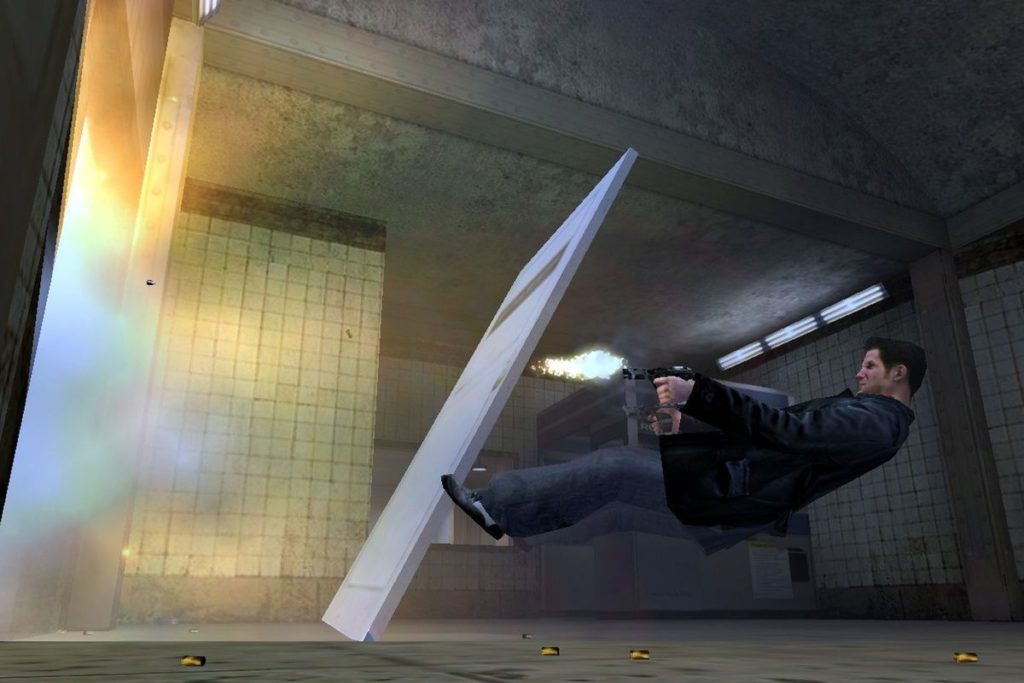 Forget remasters. Gone are the days where developers could stretch new textures over old games and call it a day. These days it’s all about remakes, raiding the late ‘90s and early ‘00s for games that need more than just a new coat of paint.

Resident Evil 2 set the bar pretty damn high, allowing old fans to relive a beloved game the way they remembered it, while also creating a thoroughly modern horror game for newcomers. It’s not on PC (yet), but by all accounts Square’s Final Fantasy VII Remake does the same. Activision created slightly more faithful remakes with Spyro and Crash Bandicoot, and is doing the same with the upcoming Tony Hawk 1+2. The Black Mesa Project injected new life into Half-Life. 2K’s releasing a Mafia remake this summer.

Who’s next? What other games should get the Resident Evil 2 treatment? We’ve put together a list—not just games that deserve a remake, not just games that would benefit from a remake, but ones where a remake seems actually feasible. And yes, that means you’ll find few games the size of Final Fantasy VII on this list, because I think even Square underestimated the scope of that undertaking at the outset. That means that as much as I’d love to see a Fallout 2 or Knights of the Old Republic or even a Longest Journey remake…well, I’m not holding my breath.

Tomb Raider actually seems one of the most likely candidates for a remake. The reboot trilogy, begun in 2013, culminated in a post-credits sequence that strongly hinted at a remake’s existence—at least originally.

Patched out at release, the original ending showed off Lara Croft’s dual pistols and a letter from Jacqueline Natla, antagonist of the original Tomb Raider. These details were removed by the day one patch, perhaps to prevent speculation about this very remake. And yet…what if? It’d certainly make sense, after three games spent “becoming” the Tomb Raider, if Crystal Dynamics or Eidos rolled straight into remaking Lara Croft’s earliest adventures.

Of course, this would also be the second such remake, as Tomb Raider: Anniversary already served the same purpose back in 2007.

Terrible cameras are the downfall of so many games from this era. Devil May Cry is one of them. After Devil May Cry 5 last year I tried for the third or fourth time to go back to the beginning of the series and…I just can’t. Fixed camera angles are a nightmare and I’m glad we’ve left them behind.

But I’d love to see Capcom take the same tack with Devil May Cry as it has with Resident Evil. Give me those early stories running in the RE Engine, with modern combos and modern voice acting and (most importantly) a modern camera, and I’d be happy to give the series a second shot. I think I finally understand why people love the series, but even 2018’s Devil May Cry HD Collection isn’t enough to get me to suffer through that first game in its current incarnation.

People have called for a Splinter Cell reboot for years now, but how do you reboot Splinter Cell in the modern era? People haven’t seemed happy with the past few entries. Maybe it’s time to cram Sam Fisher back into his form-fitting suit and remake the most popular entry in the series.

Chaos Theory was the peak of the original Splinter Cell formula, with a focus on getting through levels undetected, hiding in the shadows more than shooting. Starting with the 2006 sequel Double Agent, Splinter Cell moved more towards action and never really found its way back. Chaos Theory’s plot is the usual Tom Clancy-inspired thriller nonsense, so you could theoretically get away with reviving the Chaos Theory style with none of the finer details. Many of Chaos Theory’s levels are triumphs of stealth design though, including the bank and the bathhouse. Maybe a hybrid remake-reboot, like last year’s Call of Duty: Modern Warfare?

Silent Hill 2 is lauded as one of horror gaming’s high-water marks—mostly by people who played it circa 2001. Horror games age particularly poorly though, because their impact often relies on the player “buying in,” so to speak. Silent Hill 2’s story is as layered and grim as ever, but it’s a bit hard to appreciate shackled to its original environs and stilted animations.

Resident Evil 2 is proof horror games of the era can be resurrected though, and Silent Hill started as little more than a Resident Evil clone. Go ahead Konami, “borrow” the idea of a remake. Or do literally anything with Silent Hill, please. It deserves the same love as its Capcom counterpart.

Prince of Persia: The Sands of Time

Prince of Persia essentially died when Assassin’s Creed took off, but Sands of Time deserves love. It’s still the high point of the series, with its ruined palace host to plenty of iconic moments that are ripe for reimagining. The storybook framing is still surprisingly unique as well, with the prince’s “No, that’s not how it happened” admonition upon death lending the experience a Princess Bride vibe.

The challenge would be making climbing-around-an-environment interesting again. Novel during the Prince of Persia era, we’ve had more than enough of it between Assassin’s Creed and Uncharted and the Tomb Raider reboots. Prince of Persia’s climbing was always more puzzle-like, but still, it’s been done.

And uh, forget the sequels. The Sands of Time is great but the nu-metal inspired Warrior Within was bad at the time and worse now.

Speaking of Assassin’s Creed, it’d be interesting to see the start of the series remade. The proof of concept for a series that’s now lasted over a decade, the original Assassin’s Creed is an anomaly now. Stealth-focused, with a surprising amount of time spent sitting on benches, it’s almost unrecognizable in the Origins and Odyssey era. Hell, Assassin’s Creed II was already markedly different (and better) than the original.

Given the series is ongoing though, and given the import the original game still has to the overarching story (if you’re one of the people who care), it’d be interesting to see a modern take. Jerusalem during the Third Crusade is a rich setting, and an Origins-sized remake of Altair’s journey could be fascinating.

Okay, I’m not saying this one’s as likely as some others on the list. But hey, the first Assassin’s Creed is 13 years old now and still the foundation of one of today’s biggest series. At some point Ubisoft needs to either revive the originals or just let all the modern-day trappings die. Otherwise, who’s even going to remember Desmond Miles?

These days Amy Hennig is probably best known for Uncharted, but before that was Legacy of Kain. Given that most games in the series end on cliffhangers, it’s hard to single any of them out for a remake. Soul Reaver remains the most popular though, and I imagine a full-fledged remake could probably work through the content of both Soul Reaver and its sequel in a single game nowadays.

It’s probably not high on Square’s priority list. Crystal Dynamics and Eidos are pretty damn busy these days, and Tomb Raider gets the lion share of attention. Soul Reaver remains a cult classic though, with a story that seems sophisticated even now, let alone by the standards of its day. I’d love to see a modern take. Or hell, I’d be happy with a remaster.

Listen, I’d rather Remedy keep making weird games. Let them work on Control and whatever the hell else they want to make. Don’t saddle them with a remake.

That said, Max Payne is an incredible shooter with a surreal story that holds up surprisingly well, and someone should work on a remake. Who? I have no idea, but the series is owned by Take-Two, and the impending Mafia remake indicates that someone over there is at least aware of this trend, so…give it to someone. Stick Sam Lake’s face onto a new body, pull the big “Bullet Time” lever, and it’ll be just in time for The Matrix to come back in style.

But I’d love to see a modern take on Medal of Honor: Allied Assault and its Spearhead expansion. While I admire that Battlefield V tried to focus on lesser-known stories of World War II, both in an effort to broaden people’s understanding of the conflict and to alleviate the “Oh, another World War II shooter” fatigue…well, I’ve got a soft spot for my Band of Brothers and Saving Private Ryan remakes.

In Medal of Honor canon, that was Allied Assault and Spearhead. Give me that fake Tom Hanks leading me up Omaha Beach. Give me Normandy hedgerows and the chilly foxholes of Bastogne. And then give it to me with all the bells and whistles that EA’s modern Frostbite engine can offer, because actual Allied Assault has not aged very well.

And perhaps we’ll never see a truly official Riven remake. I know in the past Cyan has said that Riven is simply too large to get the realMyst treatment in full 3D. There’s hope though. For years, a group of fans called the Starry Expanse Project has worked to convert Riven to Unreal 4 with Cyan’s blessing. Last year they finally got more than a blessing, with Cyan agreeing to support the project in a semi-official capacity. That doesn’t mean it’s coming soon, but Riven seems like a definite checkmark for the remake column…someday.

So far, Beyond Good & Evil 2 seems to exist as nothing more than tech demos and dreams. Theoretically Ubisoft will one day publish the long-awaited sequel though, and when it does I hope Beyond Good & Evil arrives alongside. It’s still so charming, one of the best examples of the point-and-click adventure style transposed into full 3D, with a focus on puzzles and exploration and photography instead of combat.

Beyond Good & Evil is still perfectly playable nowadays, but with plenty of early 3D era jank that detracts from the overall experience. You can also tell Michel Ancel’s ambitions were limited by the tech of the time—a sentiment that’s even clearer after watching the Beyond Good & Evil 2 teasers. I’d love to play through Jade’s adventure as it was meant to be experienced.