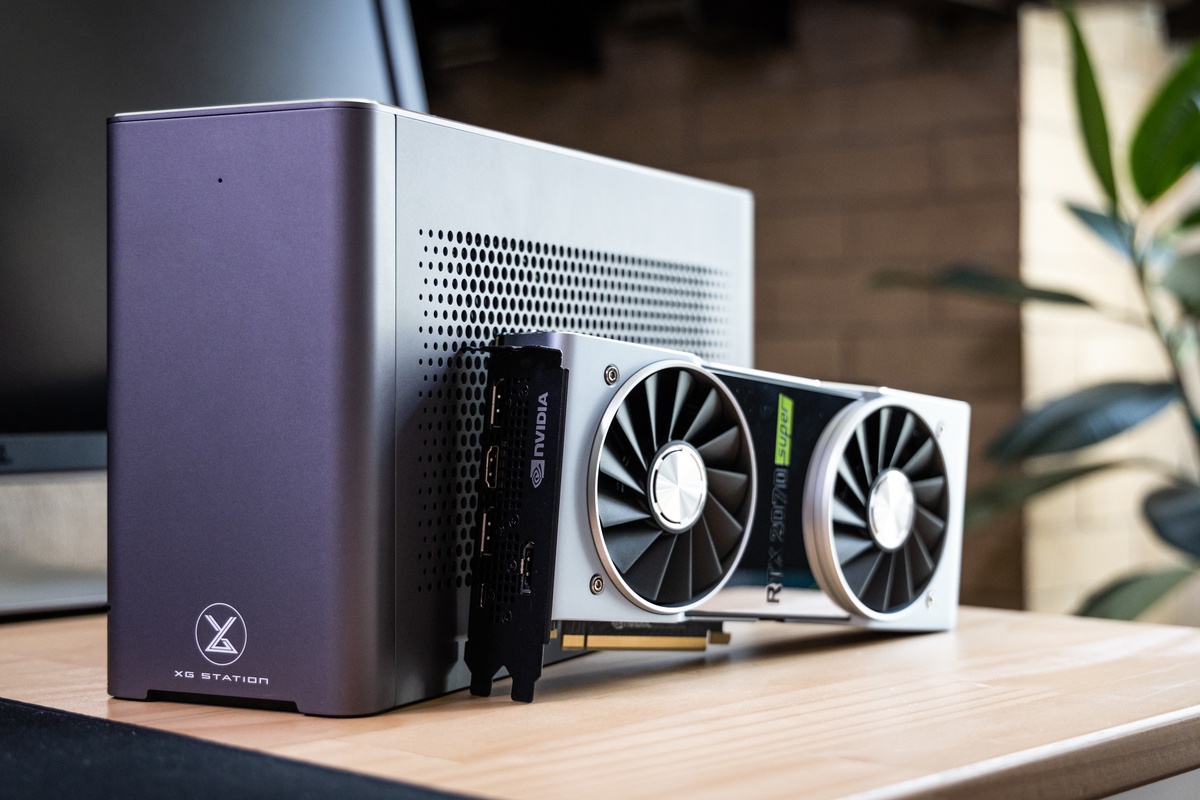 We tested an eGPU in some of 2020’s biggest games

Thunderbolt 3 based eGPUs have been around for many years, offering the ability to plug a full desktop-class GPU into a laptop. Theoretically it’s an appealing idea, especially if someone is using an older laptop that has a perfectly fine CPU to handle games, but the GPU is long in the tooth. But there are some drawbacks.

In this video I talk about my experiences using an eGPU over the past 4 months to play 10 of the biggest games from the past couple of years. Each game was tested in four different ways, and below are the specs of the equipment I used—all of which is covered in the video.

As you can see in the video, the 2070 Super inside this eGPU offered higher frame rates than the GTX 1650 in the XPS 15 in almost every game. The 8-core Core i9-9980HK was also able to perform with higher clocks for longer periods, because it didn’t have to share cooling with the GTX 1650. The improvements would be even more dramatic on older laptops with out-of-date video cards.

But there are considerations with such a setup. First off, you have to weigh the return on investment. In theory it’s nice to have the best of both worlds—the portability of a mainstream laptop, and the power of a GPU at home. But the price of buying an eGPU enclosure and a desktop GPU (as you can see from the prices of our components) can be upwards of $800 or even $1,000—just as much as building an equally capable PC. And if you don’t have a laptop you will get more bang for your buck by getting as much power as you can afford in a laptop right now, and then upgrading to an eGPU later.

Second, because of the constraints of Thunderbolt 3, any eGPU you run isn’t going to perform as well as if it were in a PC tower. It might get close, but you are always going to give up performance.

Third, I did have to troubleshoot some games and make changes in Windows in order to get games to work with the eGPU, meaning your mileage may vary depend in the game you want to play.

With all that said, an eGPU is still a viable option if you know the drawbacks going in and want to get more out of a laptop. In the future I plan on testing this eGPU setup in creative applications and look forward to see what Thunderbolt 4 can enable on future laptops.