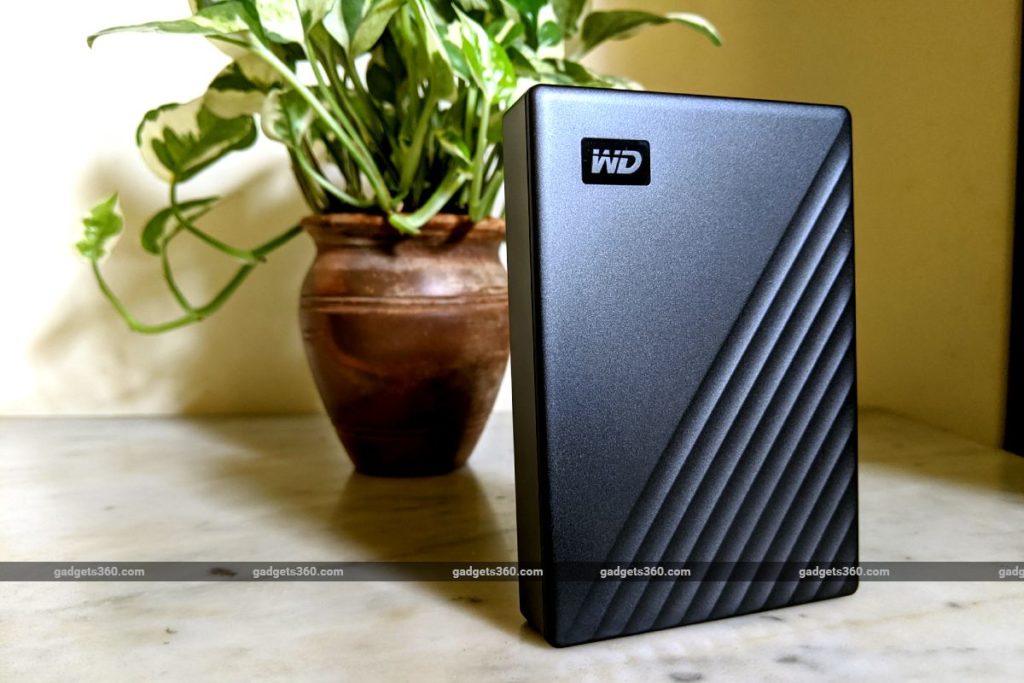 Nothing very exciting happens in the world of portable hard drives – while everybody needs at least one or two, they’re really seen as commodity items now and differentiation between brands product lines doesn’t seem to matter much to buyers. Those who can afford portable SSDs will go in that direction, and cloud-based storage is often quicker and more convenient for people. WD seems to have recognised this and has overhauled its popular My Passport series to focus on only the basics, stripping away fancy designs and reducing bulk as far as possible.

We first saw the latest generation of My Passport hard drives at the IFA trade show in August last year and were surprised that Western Digital has ditched the rather eye-catching Yves Behar-inspired scalloped design that debuted in 2016 to much fanfare and spread throughout the company’s product portfolio.

Does the new WD My Passport lineup do anything new or different, and does it matter which generation you buy? We’re going to find out. 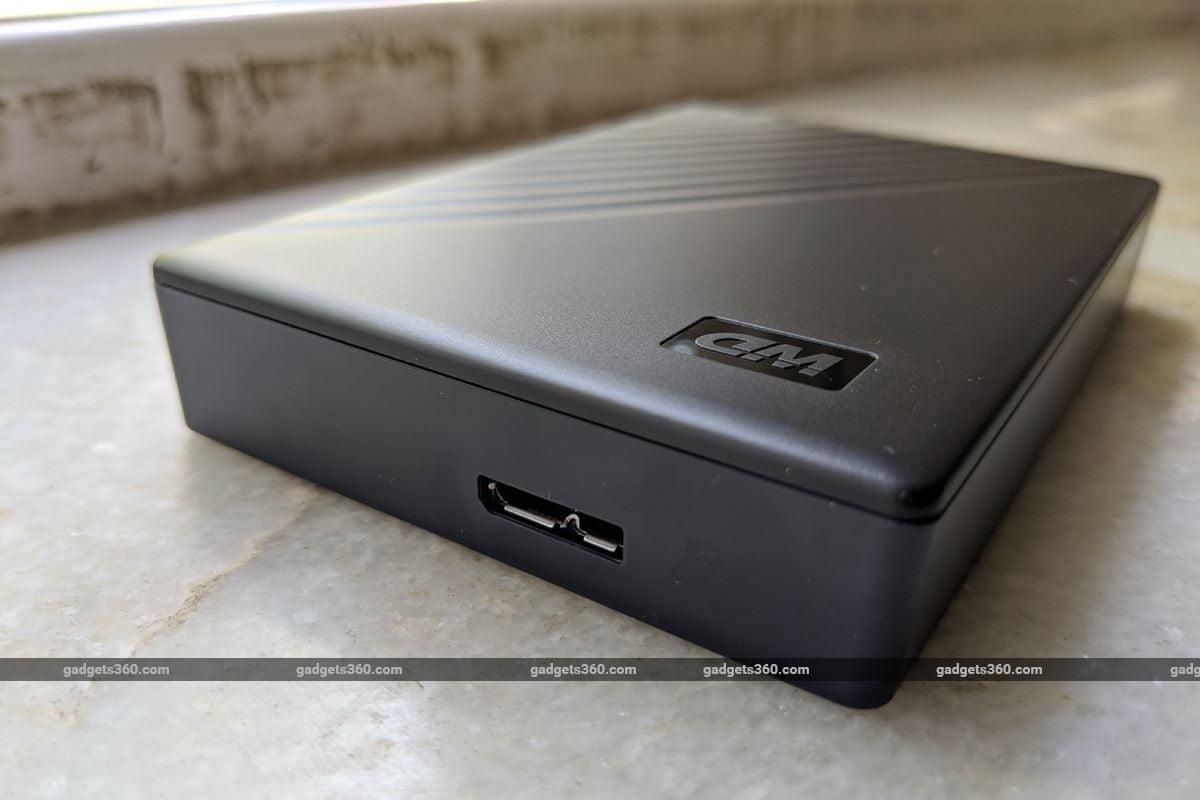 WD has stuck with the legacy Micro-USB 3.0 port on this model

WD attempted to turn portable hard drives into conversation pieces with its 2016 redesign, executed by a high-profile external branding agency. At the time, the company boasted that its drives would represent “the intersection of our physical life and digital world”. Everything including the packaging was given this funky hipster treatment. When we got our hands on one of those drives, we liked its personality but not the practicality – the corners were sharp, and weight had increased.

The new design feels like a complete 180-degree about-face. WD has seemingly trimmed as much weight and bulk as possible, the corners and sides are rounded for easy pocketability, and it pretty much fades into the background. The drive still has a striped pattern across half its front, but it’s far less pronounced now. It matches the recently launched My Passport Go series.

Even the number of colour options has been halved – the distinctive yellow, orange and white are gone. While black, blue and red remain, they’re very muted. The plastic is also a dull matte, which is more utilitarian. The red and blue options have two-tone finishes with black bases.

You have a choice of capacities. The 1TB and 2TB versions are 11.15mm thick and weigh 120g, while the 4TB and 5TB versions are listed as 19.15mm thick and 210g in weight. For some reason, the highest and lowest capacity options are available only in black. We’re reviewing a 5TB unit in this series, which is the highest capacity portable hard drive we’ve seen from WD so far.

The official spec sheet makes no mention of data transfer speed. It does however promise 256-bit AES encryption, a three-year warranty, and WD’s usual downloadable software. The WD Backup tool lets you synchronise folders on your PC, WD Drive Utilities includes diagnostics and a secure erase tool, and WD Security lets you set up encryption. On the drive itself, you’ll find an installer for the WD Discovery desktop tool which offers cloud and social media syncing tools but shows lots of promotional content. We found this software unnecessary and intrusive, and we’d recommend ignoring it – our review of the WD My Passport SSD has more details.

WD has gone with a old-fashioned but widely used Micro-USB 3.0 port on this drive, and it ships with only a USB Type-A cable. There’s a tiny activity LED next to the port, which you can’t even see when the drive is not plugged in.

The company does also sell a My Passport for Mac version of this drive in 2TB, 4TB and 5TB capapcities. It has a dark blue finish and comes with an additional USB Type-C to Micro-B cable for newer Macs. This version is formatted to HFS+ by default and will work with Time Machine on MacOS without any modifications. You might also want to consider the slightly higher priced My Passport Ultra which has a metal exterior in silver or blue, and a USB Type-C port. A hard drive isn’t exciting in 2020 and people care far more about capacity than performance. That said, we still did test the new WD My Passport (2019) to see what it delivers. We used our standard test bench, built out of an AMD Ryzen 7 2700X CPU, a Gigabyte Aorus X470 Gaming 7 Wifi motherboard, 2x8GB of G.skill DDR4 RAM, a 1TB Samsung SSD 860 Evo boot drive, a Sapphire Nitro+ Radeon RX 590 graphics card, and a Corsair RM650 power supply.

This drive arrives formatted to the NTFS file system by default, and we would have preferred the more modern ExFAT for cross-platform compatibility. The total formatted capacity was 4657.47GB.

CrystalDiskMark showed sequential read and write speeds of 133.3MBps and 125.6MBps which is very good for a hard drive. Peak random read and write speeds were much lower of course. The Anvil storage benchmark reported read and write scores of 152.31 and 211.45 respectively for a total of 363.76. Do keep in mind that these scores might not apply to all the capacity models in the lineup.

Clearly you wouldn’t be getting the best possible speed, but you do get around five times the storage space as you would with a portable SSD at the same price. A hard drive is still the better option for bulk transfers and backups. 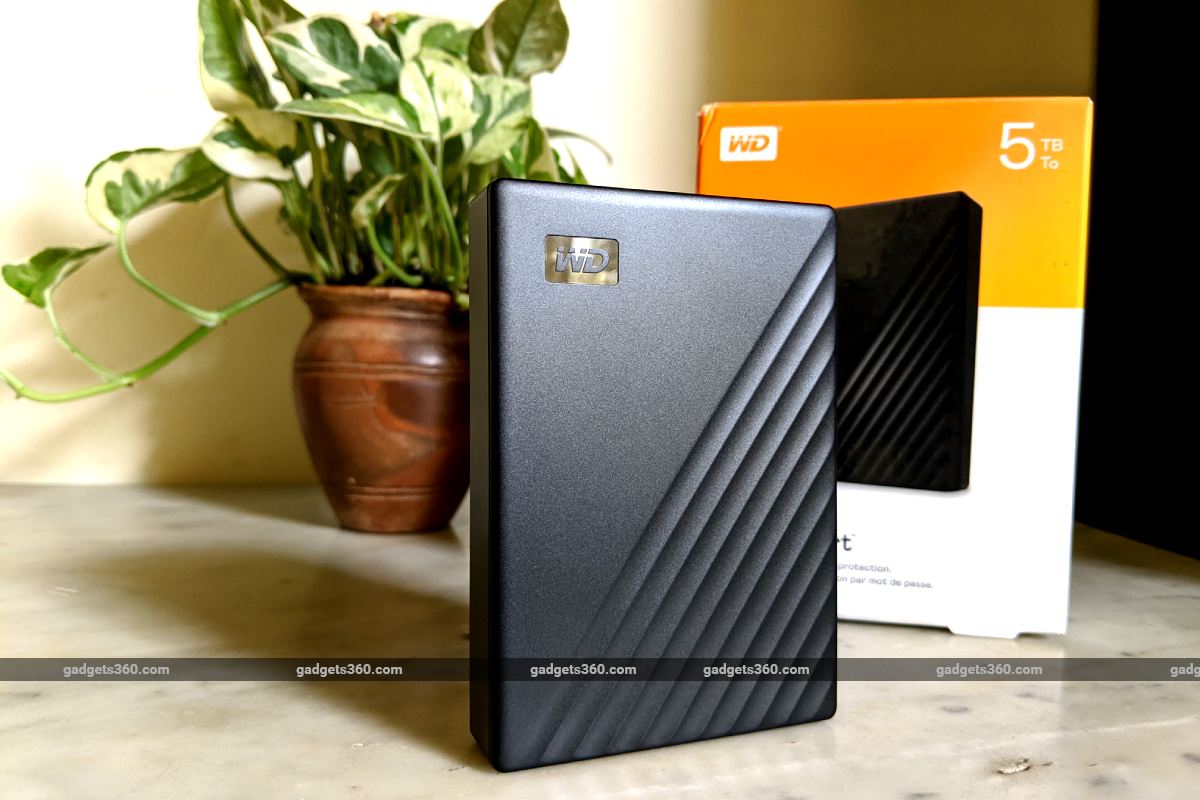 It isn’t anywhere near as fast as a portable SSD, but offers much more space at a lower cost

To put into context just how much space 5TB is, you could store one million MP3 songs or photographs that occupy 5MB each, or roughly 2,500 hours’ worth of HD video. For most people, that’s more than a lifetime’s worth of data, but there are some digital hoarders, content creators, and pro users who could use the space. Even with cloud services, or if you have enough space on your PC, it’s always a good idea to have physical backups, particularly of your irreplaceable photos and documents.

The WD My Passport (2019) offers massive capacity plus portability at a very reasonable price. It might not be very attention-grabbing, but that isn’t likely to be a high priority for many people. If you do have an eye for design though, the previous generation models are still available in retail. Also, while the 5TB capacity is new with this lineup, you might find that the lower capacity versions are slightly more expensive than their older equivalents, and you don’t lose anything at all by saving some money while stocks last.