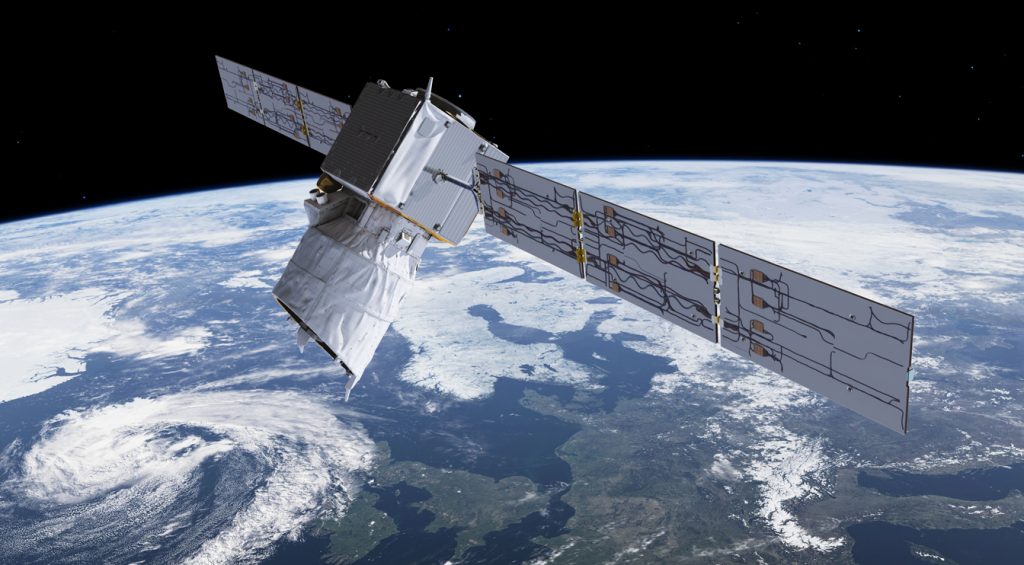 Both the US and the UK claim to have evidence that Russia has tested an anti-satellite weapon on July 15. The weapon test has been classified as “non-destructive,” meaning it didn’t target any other satellites. That doesn’t mean it can’t, just that the Russians may have wanted to test their new weapon without tipping their hand on what they had.

An extensive report from Time details what we know about the situation thus far. On November 26, 2019, a Soyuz rocket launched a Russian satellite. Eleven days later, that single satellite split into two, becoming Cosmos 2543 and Cosmos 2542. Later, both satellites were detected shadowing a US KH-11 satellite.

KH-11 satellites are US reconnaissance satellites thought to resemble the Hubble Space Telescope and first deployed in 1976. The original NASA justification for using a 2.4m lens for Hubble rather than the originally planned 3.0m lens was to “lessen fabrication costs by using manufacturing technologies developed for military spy satellites.”

There have been five “Blocks” of KH-11 satellites deployed from 1976 to the present day. Block II added infrared, Block III had much faster download rates, and so on. KH-11-class satellites continue to be used today; President Trump declassified a photo of an Iranian test site following a failed launch that’s believed to have been taken by USA-224, a KH-11 satellite. Once the US notified Russia it had detected the satellite pair, they zoomed away from USA-224. On July 15, Cosmos 2543 fired a projectile into outer space at a speed of over 400mph. According to General John “Jay” Raymond, “Russia is developing on-orbit capabilities that seek to exploit our reliance on space-based systems.” This isn’t the first time Russia has used a satellite to launch a projectile; the country conducted a similar test in 2017.

The frailty of the United States satellite systems makes this a genuine threat. Satellites today do not carry defenses and are not capable of deploying protective measures against a potential kill vehicle. Huge amounts of US infrastructure depend on reliable satellite communications and the entire GPS coordinate system is based on satellites. From weather forecasts to monitoring potential adversary troop movements, America’s satellite network performs a host of functions we rarely have to think about on a day-to-day basis. Satellites, to borrow a phrase, “just work.”

Time leads with this as part of a deep-dive into the Space Force and whether its raison d’être even makes sense. The question in that regard is less whether the US needs to be paying attention to space and its military satellites and more about whether we need a new branch of the Armed Forces to handle the task.

There is evidence that both the Russians and Chinese are upping their ability to jam GPS. The report discusses a new Russian laser system designed to jam spy satellites and how Scandinavians now report GPS disruption when Russian military exercises are conducted nearby. China is reportedly developing frequency jammers and has demonstrated its own antisatellite weapon capability. The Navy is once again training its navigators to rely on the stars and the Army is funding miniaturized inertial navigation systems that can strap to a soldier’s boots.

The United States’ reliance on satellites represents a weak link in our infrastructure that an enemy could take advantage of, but it’s also a fast ticket to a terrible situation for every nation that wants to use space-based hardware. We already have a space junk problem now; blowing multiple satellites apart in-orbit would make it orders of magnitude worse. A thick enough “junk belt” around the planet would make certain orbits too dangerous to use for years or even decades until the garbage fell out of orbit.

You’ll have to click the image above to read it, but it shows typical orbital altitudes and gives examples of some of the objects currently occupying them. Image by Rrakinishu (not to be confused with Rakinishu). CC BY-SA 4.0

The best-case outcome of a new space-based arms race between the US and Russia (or a three-way race between the US, Russia, and China) would seem to be analogous to the Cold War, where the reality of mutually assured destruction ensured that no one wanted to launch. If everyone knows that deploying satellite killers will result in the complete loss of their own satellites, nobody may want to launch in the first place. Unfortunately, a government might decide that it possessed sufficient first-mover advantage to take out another country’s satellites before effective countermeasures could be launched.

If a widespread attack occurred, it would take years to restore equivalent capabilities. There are satellite launches every single year, but it’s one thing to replace aging hardware while launching a few new projects and something else altogether to undertake the complete replacement of most of the satellites we use for everything without being able to use them for things like weather forecasting when planning launch windows.

In short, this is yet another way our respective civilizations could blow the crap out of each other without killing many people, but in ways that would definitely make everybody’s life miserable for years to come. Hurrah.

Feature image is the Aeolus weather satellite, launched by the ESA, not a Russian anti-satellite weapon. Image by the ESA.