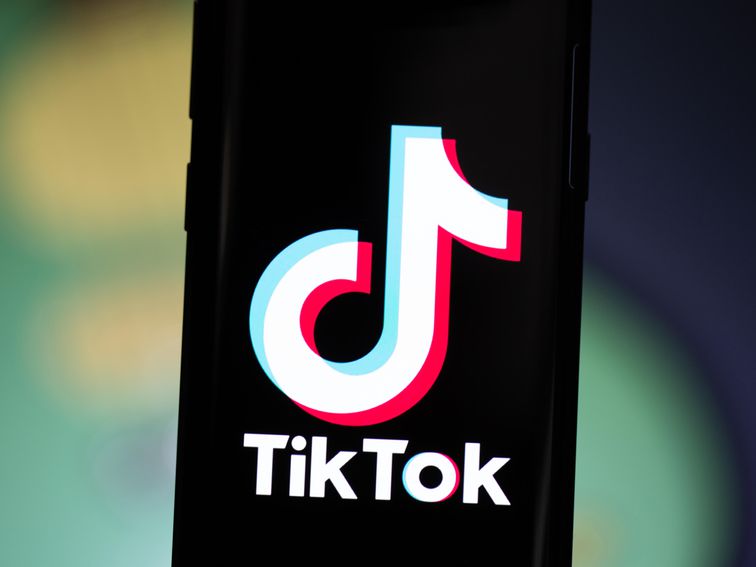 TikTok, an app known for quirky, short videos, is facing political heat because of its ties to China.

US President Donald Trump has ramped up his campaign against the short-form video app. On Friday, the president was reportedly considering an order that would force TikTok’s Chinese parent company to divest its US operations.  Microsoft is reportedly interested in buying the app, according to The New York Times. (Microsoft declined to comment, and the White House didn’t provide additional comment.)

Hours after those reports, Trump told reporters aboard Air Force One that he’d prefer to ban the app, an idea his administration floated earlier this month. “We’re banning them from the United States,” the president said, according to CBS News. A transcript of the pool report (which is a report shared by media outlets) said Trump suggested he could use emergency economic powers or an executive order to ban the app. (The White House didn’t immediately respond to a separate request for comment about the remarks.)

The morning after Trump’s remarks, Reuters reported that ByteDance had agreed to completely divest TikTok’s US operations as part of a proposal to the White House that would put Microsoft in charge of protecting the data of TikTok’s US users. (Microsoft declined to comment on that report; the White House didn’t immediately respond to a request for comment; and TikTok and ByteDance said only that TikTok in the US isn’t “planning on going anywhere” and that TikTok is “committed to protecting our users’ privacy and safety.”)

Owned by ByteDance, a Beijing-based tech company, TikTok has drawn the attention of the Trump administration, as well as other parts of the government, because of concerns it scoops up information on Americans that could be turned over to the Chinese government. The US Army and Navy have banned service members from downloading the app to government-issued phones. Earlier this month, the US House of Representatives voted to bar the use of TikTok on all government-issued phones. The Senate is expected to pass the measure. Two senators have also requested the Department of Justice open an investigation of TikTok, as well as Zoom.

The US isn’t alone in its concerns. India has already banned TikTok, and Australia is also considering blocking the app.

The rising concerns come as TikTok sees its popularity explode. The app has gotten a new boost from the coronavirus pandemic, drawing in people looking to escape the boredom of lockdown. It’s been downloaded more than 2 billion times, according to research firm Sensor Tower, with 623 million coming during the first half of this year. India had been its largest market, followed by Brazil and the US. (TikTok isn’t available in China, where ByteDance distributes a domestic version called Douyin.)

In a move that could smooth things over with some lawmakers, TikTok on July 22 said it plans to hire 10,000 people in the US over the next three years. The company said it would add roles in engineering, sales, content moderation and customer service in California, New York, Texas, Florida and Tennessee.

TikTok also suspended talks to house its international headquarters in the UK, amid worries about a trade war between Britain and China, according to The Guardian.

Here’s what you need to know about the political backlash against TikTok:

Why is the Trump administration worried about TikTok?

Politicians are concerned that the Chinese government could use the video app to spy on US citizens. In an interview with Fox News that aired July 6, Secretary of State Mike Pompeo said users who download the app are putting “private information in the hands of the Chinese Communist Party.” Trump cited a different reason: punishing China for its response to the coronavirus. Asked about Pompeo’s remarks, Trump confirmed the US is considering a TikTok ban. “It’s a big business,” Trump said during an interview with Gray Television. “Look, what happened with China with this virus, what they’ve done to this country and to the entire world, is disgraceful.” He followed up on July 31 with his comments aboard Air Force One.

Trump’s and Pompeo’s remarks came after TikTok users and K-pop fans said they helped spoil attendance at a June presidential rally in Tulsa, Oklahoma, by reserving thousands of tickets online with no intention of attending. Trump supporters have a visible presence on TikTok, so banning the app could also work against the president during an election year.

On July 12, White House trade adviser Peter Navarro told Fox Business that TikTok and messaging app WeChat “are the biggest forms of censorship on the Chinese mainland” and to expect “strong action on that.” He didn’t specify if a ban was coming.

But, she added, “it’s unclear how much effort the administration will put into actually investigating the seriousness of the specific security concerns with the app versus using this as a threat for broader geopolitical leverage.”

How has TikTok responded?

Concerns about privacy and national security aren’t new to TikTok, and it’s tried to push back against political scrutiny. In 2019 blog post, TikTok said all US user data is stored in the US with a backup in Singapore. TikTok also said its data centers are outside China and that none of its data is subject to Chinese law.

“TikTok is led by an American CEO, with hundreds of employees and key leaders across safety, security, product, and public policy here in the US,” a TikTok spokesperson said in a statement addressing Pompeo’s comments. “We have never provided user data to the Chinese government, nor would we do so if asked.”

Following Trump’s July 31 remarks about a TikTok ban, TikTok parent ByteDance reportedly floated a proposal to the White House in which ByteDance would completely divest TikTok’s US operations and Microsoft would take charge of those operations and of protecting the data of TikTok’s US users. (Asked to comment, ByteDance wouldn’t confirm the report’s accuracy, Microsoft declined to comment, and the White House didn’t respond.)

Can the US make ByteDance sell its US operations?

In general, the federal government can demand the sale of a company through the Committee on Foreign Investment in the United States. This panel, part of the US Department of Commerce, is already investigating TikTok in regard to national security concerns. The investigation, first reported in November 2019, could end up requiring changes to TikTok’s substantial operations inside the United States, including a sale of its US operations.

The committee has jurisdiction because it reviews foreign ownership and control of companies in the US. ByteDance got its foothold in the United States when it purchased Musical.ly, a US company that ByteDance acquired in 2017 for $800 million and subsequently rebranded as TikTok. The acquisition helped TikTok gain traction with US teens.

Are there other ways the US government can take away TikTok?

The government could also try to find a legally sound reason to request that Apple and Google pull TikTok from their app stores, according to analysts. And the companies could put up a fight.

“The tech community will be very hesitant to go along with this app ban,” said Wayne Lam, an independent technology analyst. “It sets a precedent for the government to ban other apps or even for other global apps to be inaccessible to the US market.”

Even if the app were banned, users can install apps on Android devices without downloading them from the Google Play Store, said Carolina Milanesi, a tech analyst at Creative Strategies.

“I don’t know at that point how you police that,” Milanesi said.

The US Commerce Department could also put TikTok on its “entity” list, restricting the company’s access to US technology, she said. Chinese tech company Huawei is already on that list. Adding TikTok to the list would mean the app wouldn’t be allowed on Google’s or Apple’s store, she said.

Lam said that the US government could block traffic to TikTok but that such an approach would be “unlikely to succeed given our legal systems.”

The New York Times, citing people familiar with the deliberations, reported that the Trump administration is looking to make a move against TikTok under the International Emergency Economic Powers Act. That law allows the president to regulate international commerce after declaring a national emergency in response to any unusual or extraordinary threat to the US.

Can the government outlaw the use of a specific app?

The administration has limited authority to make illegal any specific piece of software, like an app. But it could potentially lobby Congress to enact legislation that targets TikTok, said Kurt Opsahl, general counsel at the Electronic Frontier Foundation, an advocacy group.

Currently, Opsahl said, “there is no law that would authorize the federal government to ban ordinary Americans from using an app.”

Other countries do ban specific apps, and some have the ability to block them from working on the internet at the network level. This would be extremely difficult to accomplish in the US, said Arturo Filasto, a co-founder of the Open Observatory of Network Interference, who analyzes internet censorship in countries around the world. “There is no central place where you can go to and implement a unified filtering strategy, like there is in places like China and Iran,” Filasto said.

Instead, the government would have to order all ISPs in the country to block the app. Even if they all complied with the order, there’s no guarantee that TikTok wouldn’t find a way to get around those blocking efforts, Filasto said.

Sounds like a ban would prompt challenges by TikTok and the app stores. What would they likely do?

Any scenario would create opportunities for legal challenges. A law or executive order that targets TikTok could spur a challenge under the First Amendment, Opsahl said. The challenges would be based on previous court rulings that show “code is speech,” Opsahl said. Such rulings include Bernstein v. DOJ, in which the court found a computer scientist had the First Amendment right to publish an encryption algorithm.

Additionally, Apple and Google could push back on any orders to remove TikTok from their app stores, challenging a potential executive order or any fines charged by the Commerce Department after placing TikTok on the entity list.