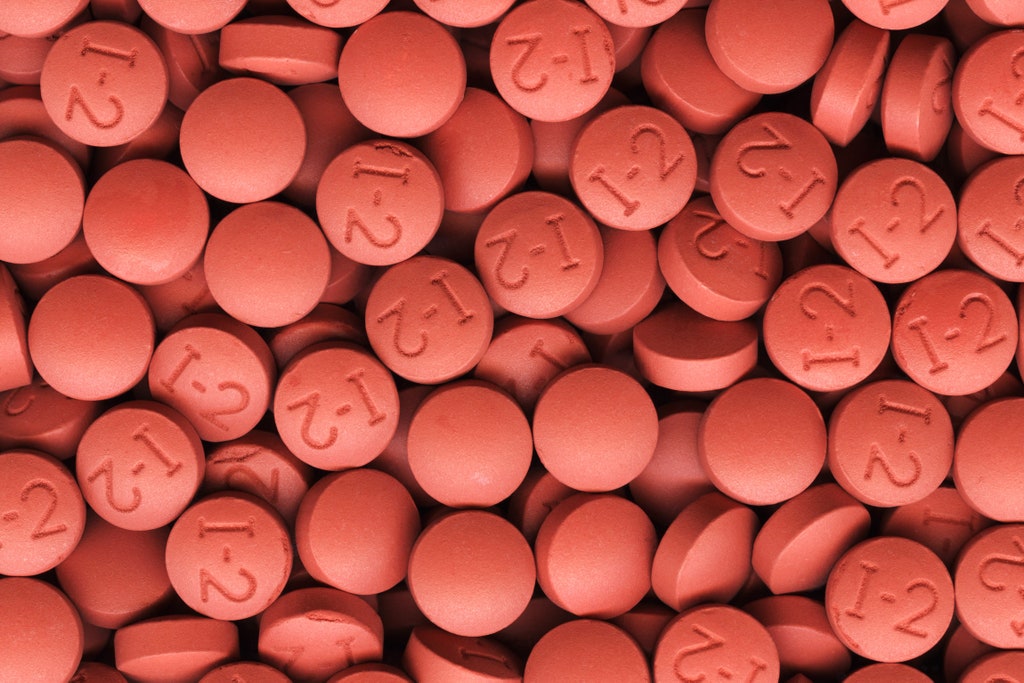 But the brief online furor over whether it’s safe to use the fever reducer, and the attention paid to the claim that it might be dangerous, are important, both for how people protect themselves in this pandemic and also for how we consume news about it.

Health institutions and agencies are begging people who believe they are ill to stay at home unless their symptoms are severe enough for hospital admission—so permitting people to use the medications they have on hand, rather than forcing them out to pharmacies, is an important accommodation. And researchers who study acetaminophen, the drug briefly touted as the only appropriate fever remedy, warn that it isn’t risk-free either.

What Is the Coronavirus?

Plus: How can I avoid catching it? Is Covid-19 more deadly than the flu? Our in-house Know-It-Alls answer your questions.

That the advice against ibuprofen got circulated at all is a study in good intentions complicated by biases and possibly by misinformation as well. It showcases how the stress of a global pandemic is causing bad and incomplete information to rise as people rush to deploy whatever protections might be available on the shelf.

The trouble over ibuprofen began March 11, when researchers at University Hospital Basel, in Switzerland, and Aristotle University of Thessaloniki, in Greece, published a letter in The Lancet Respiratory Medicine. The letter reviewed three early sets of case reports from China, covering almost 1,300 patients gravely ill with Covid-19. The letter’s authors observed that significant numbers of those patients had high blood pressure and diabetes, from 12 percent to 30 percent depending on the study, and theorized that higher rates of expression of a particular enzyme, known for short as ACE2, might be raising the risk of coronavirus infection.

ACE2 provides a place on cell surfaces for the coronavirus to attach and enter in order to replicate. High blood pressure and diabetes are treated with drugs that suppress inflammation, called ACE inhibitors; the inhibitors, paradoxically, cause ACE2 to rise. That interaction is where the authors spotted a possible connection between patients experiencing chronic diseases and then becoming infected with Covid-19.

And that’s where ibuprofen entered the unfolding story, too. The over-the-counter drug doesn’t only knock down fever. It also reduces inflammation (the class of drugs it belongs to are known as NSAIDs, non-steroidal anti-inflammatory drugs). That effect, as with the anti-inflammatory drugs given to chronic disease patients, can cause ACE2 to rise.

The letter was speculative. But, three days after it was published, the French Ministry of Health circulated a warning against using ibuprofen for Covid-19 fevers, citing “serious adverse events” occurring in “possible or confirmed cases.” The same day, the French minister of health, a physician, tweeted advice to avoid ibuprofen and other anti-inflammatories because they could be “an aggravating factor” in Covid-19 infections. The minister, Olivier Véran, recommended that people with fevers take paracetamol, the European generic name for acetaminophen, and didn’t offer any evidence to back up the recommendation. Still, his advice whipped around the world: It was repeated in media outlets from the United States to the United Kingdom to Israel to Singapore to New Zealand.

But it’s hard to figure out where the ministry’s information came from, and whether subsequent media retellings are accurate, have been conflated with different stories, or are even fake. The French ministry’s bulletins about ibuprofen don’t link to any case reports. French media reported later that day that the ministry had received information from unidentified doctors describing deaths from Covid-19 among unidentified young people who took “massive doses” of NSAIDs. (French reporters subsequently put names to some deaths in which ibuprofen may have played a role, such as France’s youngest Covid-19 victim, a 28-year-old man who died on Sunday and was reportedly taking it for pain from a spinal operation.) But at the same time as Véran’s warning, fact checkers at the BBC were finding fake stories of Covid-19 deaths due to ibuprofen circulating on Twitter, Facebook, and WhatsApp, all citing “four young people” in various countries.

What went unreported in the rush to condemn ibuprofen was that France already had been reevaluating NSAIDs, setting the country’s medical experts up to be suspicious of them. In 2018, the nation’s drug safety agency began looking into whether ibuprofen and similar drugs were causing unpredicted complications in bacterial infections.

Ibuprofen has some known risks; overdoses can damage the kidneys in vulnerable patients. But the agency reported in April 2019 that between the years 2000 and 2018, there had been almost 400 cases in France of severe skin infections, brain inflammation, and sepsis that occurred within a few days of people taking ibuprofen along with antibiotics. It’s a warning that seems to be unique to the French health ministry. Acting on it, this January the French drug agency put restrictions on pharmacy sales of both ibuprofen and paracetamol, taking them off the shelves and requiring shoppers to discuss the drugs with a pharmacist before buying them.

In the swirl of panic over Covid-19, some national health authorities supported the French advice, and others pushed back against it. At the end of last week, both the European Medicines Agency (the European Union’s equivalent of the FDA) and the World Health Organization tried to tamp down the furor. They both weighed in to say there is no reason to stop using ibuprofen to home-treat fever from Covid-19.

And the writers of the original letter to The Lancet journal have also distanced themselves from the internet warnings against ibuprofen use. An update published on the University of Basel’s website quoted Michael Roth, one of the authors and a professor on the university’s biomedical faculty: “It does not constitute a recommendation to use certain drugs or not.” He advises patients to consult with their own doctors, and urges further research into the effects on Covid-19 patients of drugs that raise ACE2 levels.

The ibuprofen furor left researchers and physicians exasperated over the distress it caused people already frightened by the virus, and also for the apparent lack of evidence. The publication in The Lancet journal, after all, was what that journal calls a commentary. Unlike scientific articles, these are not peer-reviewed. “Commentary means: These are our opinions,” says Krutika Kuppalli, an infectious disease physician in California and Emerging Leader in Biosecurity Fellow at the Johns Hopkins Center for Health Security. “It does not mean there is medical evidence. I don’t think there is any literature on this.”

That’s a problem precisely because scared citizens are looking for sources of authority, and for things that can keep them safe. See, for instance, the hunger with which people latched onto the malaria drug hydroxychloroquine, touted (with varying degrees of certainty) by Elon Musk and President Donald Trump. Patients who take that drug for lupus and autoimmune diseases are now complaining of shortages, and an Arizona couple poisoned themselves—one of them died—after consuming a version made for aquariums, used to kill parasites that attack fish.

When they’re being cautious about associating phenomena and diseases, epidemiologists will say something represents “correlation, not causation.” In other words, just because two things occurred at the same time doesn’t mean that they’re linked. But to this point, the connection between ibuprofen and severe Covid-19 may not even be a correlation, since no statistical relationship has been found.

In fact, it’s equally possible that ibuprofen has no effect on Covid-19, whether or not it influences the production of ACE2. Though the enzyme allows the virus to enter cells in the lining of the lungs, it doesn’t play any role in how well the virus copies itself, or how efficiently it releases its daughter viruses into the body, worsening illness as their numbers increase.

“ACE2 is definitely not the only factor that determines susceptibility” to infection, says Angela Rasmussen, a virologist and associate research scientist at Columbia University’s Mailman School of Public Health. “It takes a perfect combination of all the needed host factors to allow the virus to replicate. And since we don’t even know what most of those are, it is really hard to make the assumption that because one is up- or down-regulated on a given cell type, that will determine whether a virus can replicate more or make disease worse.”

One group of scientists watched the unfolding ibuprofen story with particular dismay: researchers who study acetaminophen, who are already aware that it can sometimes be toxic. The drug is the most commonly consumed pain-killer in the US, but according to a 2016 review by researchers from Rutgers New Jersey Medical School, it causes tens of thousands of cases of sudden liver failure in the United States each year and about 300 deaths. (Ironically, the case that prompted the French government to change the rules for selling ibuprofen was the death of a young woman from an acetaminophen overdose.)

Those cases of liver failure can be due to acetaminophen interacting with too much alcohol, or to viruses that unpredictably target the liver and make it more vulnerable to the drug, according to José Manautou, a pharmacologist and head of the department of pharmaceutical sciences at the UConn School of Pharmacy. But the most likely way overdoses occur is through something that could be happening a lot right now, a phenomenon that researchers call “therapeutic misadventure.” That means: Not reading the label, and taking more than you should.

“Say you have a runny nose,” Manautou said. “You might buy an over-the-counter medication that contains acetaminophen. Then you have a fever; you buy Tylenol. You want to sleep at night, so you take Nyquil. All of a sudden you are taking three or four medications that all contain acetaminophen, and you are over the recommended dose.”

Therapeutic misadventure seems likely in Covid-19 because of the disease’s high fever, says Xiaobo Zhong, a UConn professor of pharmacology and toxicology who collaborates with Manautou. Fevers feel like an unpleasant side effect of infection, but they actually represent the body’s strategic response: Higher internal temperature slows viral replication. When possible, Zhong says, we should resist the temptation to chase the drugs we take for fever with more drugs if the fever doesn’t go down. “If the choice is to stay uncomfortable or take an overdose that might cause liver damage,” Zhong says, “the liver damage will be much worse.”

In the end, risking liver damage from taking too much acetaminophen, rushing to rule out ibuprofen, and even consuming fish medications all come back to the same thing: Feeling threatened by an unfamiliar pathogen makes us reach for something that we think can fix the problem right now. But quick fixes pose their own dangers, too.