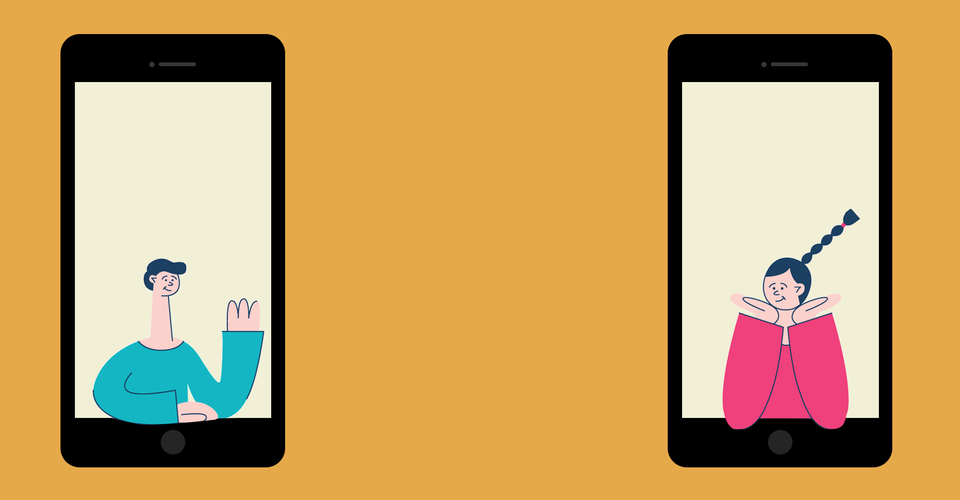 It was an extremely mundane glimpse into the new reality for many Americans. In the past week, the Centers for Disease Control and Prevention has made a series of recommendations for social distancing, the primary tactic for slowing the spread of the coronavirus currently threatening to overwhelm the American health-care system. Everyone who can stay home has been asked to do so as much as possible. Bars, restaurants, schools, libraries, community centers, and movie theaters in some cities and states are closed by order of the government, under threat of arrest. The people with the types of jobs that permit them to work from home indefinitely are discouraged from clogging public transit. Even in open air, we’re supposed to stand at least six feet away from one another.

Still, we are getting closer in weird ways. The other day, while I ate lunch, I kept replaying a video of a friend softening butter in her palm. Without a steady stream of brunch photos, beach-vacation selfies, and horribly loud concert footage in which the singer is not even recognizable, platforms such as Instagram and Facebook have mutated into hyper-intimate scrapbooks of days spent cooped up inside. For workplaces that have gone online, videoconferencing software is giving co-workers who have never been in one another’s houses a look at the greasy hair and scattered coffee cups of “work from home.”

“It’s great to see everyone’s bookshelves,” my boss said in greeting during a remote all-hands meeting last week. The comment recalled, to me, the journalist and developer Paul Ford’s 2014 essay about “the American room,” in which he describes the cookie-cutter environment made famous as the backdrop of hundreds of thousands of YouTube videos. (“The curtains are drawn. Some light comes through, casting a small glow on the top left of the air conditioner. It’s daytime. The wall is an undecorated slab of beige.”) The most common type of American room may have some framed photos or personality furniture, but mostly it reminds us that millions of people live in spaces that are indistinguishable from one another—apartments and tract houses built from cheap and widely distributed blueprints.

It’s not just Americans broadcasting their living spaces to the world in the hopes of finding digital company. In the midst of a pandemic, kids with smartphones and wireless access and unlimited free time are showing us what a room looks like globally. American teenagers are watching TikTok videos from countries that are two or three weeks ahead of the United States in quarantine measures, peering into the life they will soon be living.

Read: Social distancing could change our relationship with FaceTime

Social-media platforms are notorious for their prodigious ability to spread bad information during a crisis, but that doesn’t change the fact that people log on to them to satisfy sharp cravings for intimacy. At the moment, we’re putting them to important use. In a 2014 paper about Instagram, which found that faces tend to get far more likes than other types of photos, researchers at Georgia Tech wrote, “Even as babies, humans love to look at faces; infants, barely minutes old, turn toward faces, sensing that they are important.” A recent study from the University of Granada in Spain found that participants’ heart rates increased when they looked at photos of faces—more so for photos of “loved” faces than for those of unknown ones, but always some. In Italy, people are leaning out of windows to look at one another.