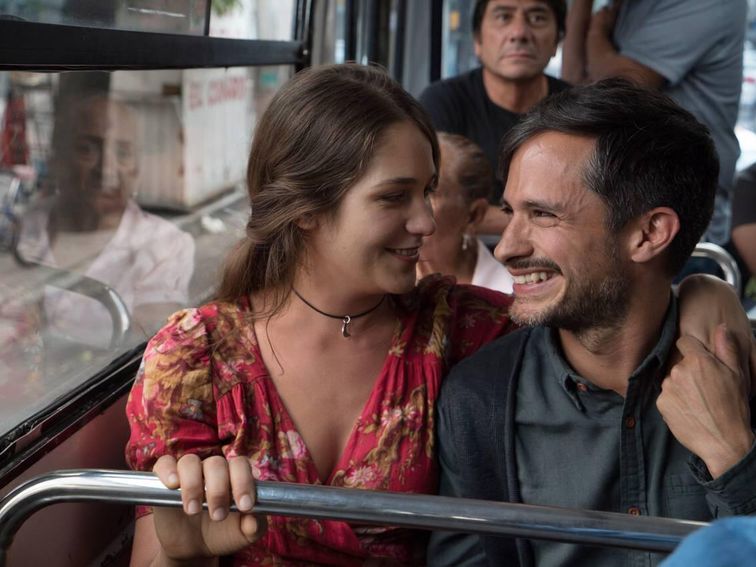 The 15 best TV shows to watch on Amazon Prime Video

Amazon Prime Video is gradually stacking up a solid lineup of original shows to keep you entertained.

It’s also picked up excellent programs from other countries to stream in the US. Thankfully, those exclusives, like A Very English Scandal and Catastrophe, can be appreciated by a wider audience.

Let’s round up the best TV shows Amazon has to offer.

Mozart in the Jungle

A comedy-drama set in New York’s classical music scene, Mozart in the Jungle is as whimsical as its title suggests. Upcoming oboist Hailey meets eccentric conductor Rodrigo, who’s tasked with revitalizing the New York Symphony. Never losing you with jargon, Mozart in the Jungle charmingly reveals an edgier side to the world of strings, playing its own symphony of sex, drugs and rock ‘n’ roll.

The Boys stormed Amazon last year with its ultra-violent tale of antihero vigilantes seeking revenge against the world’s most beloved superheroes. But these heroes aren’t what they seem: Their corporate overlords cover up their shady personal lives, including sexual harassment and the odd assassination. With social commentary, black comedy and pops of gore, The Boys takes a thrilling and unapologetic step away from the family-friendly genre.

A sex scandal in the UK Parliament? Starring Hugh Grant and Ben Wishaw? You can thank Russell T. Davies for dramatizing this slice of late-’70s British politics. Jeremy Thorpe, a Liberal member of Parliament, wants to silence unhappy ex-lover Norman before his career ends up in tatters. Watch the murder conspiracy, big trial and media scrutiny through A Very English Scandal’s darkly funny lens.

Transparent’s unique story follows the Pfefferman siblings who discover their dad is transitioning into a woman named Maura. Other aspects of the Pfefferman’s lives, like a sour marriage and a disappointing child, giving this tightly scripted comedy-drama a relatable side. Poignant and ambitious, Transparent is a show to look out for.

While season 2 of Homecoming didn’t quite find its feet, season 1 hit the ground running. Julia Roberts made her small-screen debut in this psychological thriller about an army rehabilitation facility run by questionable owners. Using an effective, mystery-building narrative that covers two timelines, Homecoming is high on tension and paranoia as it reveals what the facility’s true purpose is. Fun fact: The series uses the actual scores of movies from Alfred Hitchcock, Stanley Kubrick and more.

This unique series uses the Rotoscoping animation technique to tell the story of a young woman who, after suffering a near-fatal car accident, discovers she can manipulate time. Intriguing, right? It gets better: Bob Odenkirk plays Alma’s dead father, who enlists her help in investigating his murder. Bending both time and space, Undone is surreal and beautifully existential for those looking for deep material.

While The Tick was sadly canceled after two seasons, the superhero comedy will still give you a hit of fast-paced, colorful action with its tongue firmly in its cheek. Based on the comic book character, The Tick is a bulletproof hero who wears a, yep, blue tick suit. His sidekick? The meek Arthur who wears a … moth suit. Their nemesis is The Terror, a supervillain in their city’s underworld. If you want to sit back and watch pure superhero entertainment, you’ve found the right show.

The Man in the High Castle

The Man in the High Castle imagines an alternate history where the Axis powers (Rome-Berlin-Tokyo) win World War II. Based on a Philip K. Dick novel, the series follows characters in the ’60s who live in a parallel universe, where Nazi Germany and the Empire of Japan control the US. But there’s impossible newsreel footage surfacing of a world where Germany and Japan lose the war, causing some to rebel. To really hammer home its dystopia credentials, The Man in the High Castle is steered by producer Ridley Scott. Fully realized and with a focused plot, this is gripping TV.

Amazon rescued The Expanse from the realm of canceled TV, bringing us a fourth season with a fifth to come. Thank goodness it did, because The Expanse is smart sci-fi with realistic characters, high production values and a dash of detective noir. Set in a future where humanity has colonized the Solar System, a conspiracy threatens to start a cold war between the largest powers. A band of antiheroes find themselves at the center. Look forward to more space western themes in the consistently excellent later seasons.

Con man Marius walks free from jail, only to be hunted by the gangster he once robbed. So he assumes the identity of his cell mate Pete and walks back into the lives of Pete’s estranged family, who are none the wiser. Bryan Cranston brings all the gravitas to gangster Vince in this part-drama, party-comedy. A package of twists and dicey situations, you’ll race through the addictive episodes as quickly as Pete pulls his cons.

This long-running police procedural, inspired by Michael Connelly novels, gets everything right for old-fashioned detective drama. We follow Los Angeles police detective Harry Bosch, who’s haunted by the death of his mother. While catching serial killers and keeping his family safe, he investigates her murder. Functional and no-nonsense, Bosch provides steady mystery with an equally steady lead.

A ’50s housewife who becomes a standup comic? This brilliant series from Gilmore Girls creator Amy Sherman-Palladino, is filled with sparkling performances from Rachel Brosnahan and Alex Borstein, with dialogue to match. Set in a vibrant and changing New York, our delightful heroine moonlights as a comedian, while doing her duties as an upper class Jewish American housewife. With impressive visuals, warmth and zingers, The Marvelous Mrs. Maisel is the full package.

Not only does this horror anthology series feature Japanese folklore and explorers heading into uncharted territory, but its first chapter stars pre-Chernobyl Jared Harris. He plays the captain of Arctic explorer ships that end up stuck in the ice. On top of the harsh conditions and cabin fever, the crew is stalked by an unknown presence in the mist. Strung with atmospheric dread, The Terror is thrilling, prestige horror.

If somehow the Fleabag train passed you by, it’s time to let it hit you at its full, incredible force. Phoebe Waller-Bridge writes and stars in the play-turned extraordinary comedy series. A 30-something woman who runs a cafe lives a sex-filled life with a sense of humor that hides the tragedies she hasn’t yet come to terms with. Just about word-for-word perfect, with a fourth-wall breaking device, Fleabag frequently does its best to both shock and devastate you, while being ridiculously funny.

Featuring Carrie Fisher’s final TV role, Catastrophe is a rom-com about messy, chaotic people. Londoner Sharon and Bostonian Rob have a one-week stand that results in an unplanned pregnancy and Rob moving to the UK so they can start a family. The tricky part: Sharon and Rob don’t know the first thing about each other. Covering age, sex, parenthood, marriage and love in its open book, Catastrophe is a superb rom-com that gives you four seasons to devour.