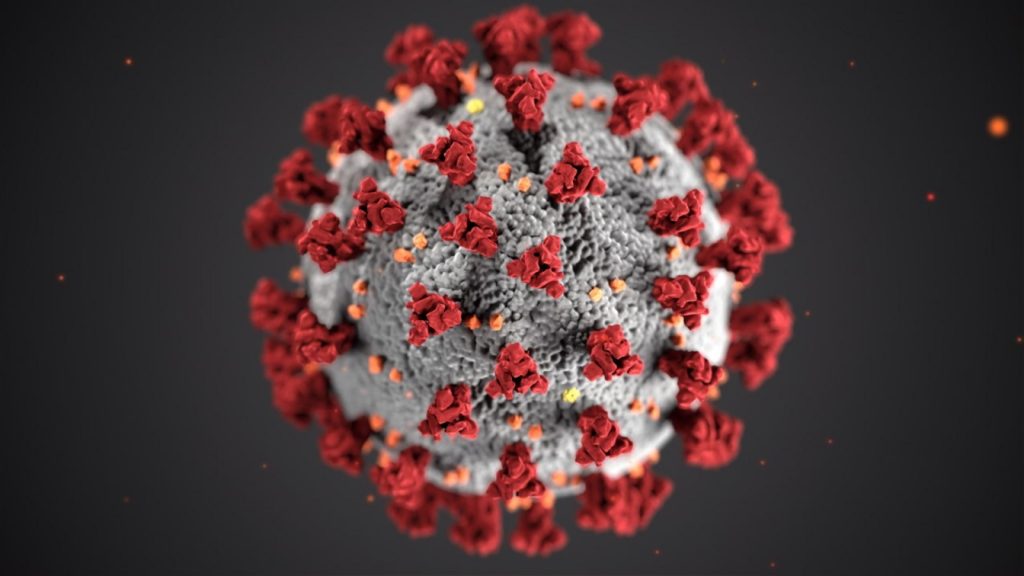 PubMed is a free life science and biomedical database anyone can search to find papers published on various topics. It’s been free to the public since 1997, and it’s often referenced by people looking for recent medical studies on a given topic. Because it’s a search engine used by both the general public and medical professionals alike, the decisions PubMed makes about which content to surface in response to a query are incredibly important. Generally, the site has been viewed as a reliable way to find genuine medical information rather than pseudoscientific claptrap.

Unfortunately, that’s not as true as it used to be, as evidenced by the recent appearance of this gem: “5G Technology and Induction of Coronavirus in Skin Cells.” The paper is currently online in preprint and awaiting publication.

It makes pretty much exactly the argument you think it does. It’s not this exact theory, but it’s exactly this stupid.

We’re going to be talking about credentials a lot in this story, so let’s start with mine. I’m a 19-year veteran of technology reporting who graduated with a political science degree from DePauw University. Jessica Hall, who has written for ET before and has degrees in both biology and mathematics, was gracious enough to help me evaluate both this paper and several others by the various authors we’ll be discussing.

This raises the obvious question: Is an undergrad-level journalist capable of evaluating the deep and sophisticated science of a group of COVID-19 researchers? No. Fortunately, I’m not being asked to. All I have to do is illustrate how an organization that’s given up on safeguarding its own reputation can be used to carry water for conspiracy theorists and the lunatic fringe.

So let’s get started. Here’s the first sentence of the abstract: “In this research, we show that 5G millimeter waves could be absorbed by dermatologic cells acting like antennas, transferred to other cells and play the main role in producing Coronaviruses in biological cells.” (Emphasis added)

If 5G actually played the main role in producing coronavirus, you’d expect the countries with the highest 5G deployments to have the highest cases of COVID-19. The United States is the undisputed world leader in the latter category, yet our 5G mmWave coverage (and that’s the type these authors identify as harmful) is so bad, Verizon just got in trouble for claiming its 5G network is “nationwide” and was forced to change its advertising.

If 5G causes coronavirus, the worst outbreaks of coronavirus should directly correlate to the places where 5G networks exist. They don’t. They generally correlate to cities (with a few exceptions, such as rural Italy) because urban areas have always been at greater risk during pandemics due to population density and, historically speaking, the difficulties of dealing with sewage treatment, disease, and corpse disposal anywhere humans lived in large numbers.

For examples, see: The Antonine Plague, the Plague of Justinian, and the historical spread of the Black Death following its arrival in Constantinople.

Regarding 5G frequencies, the “scientists” claim: “Its[sic] frequencies are above 24 GHz, reaching up to 72 GHz, which is above the extremely high frequency band’s lower boundary.”

This is the kind of fearful wording intended to imply that the reader is in some sort of danger based on “extremely high frequency.” What it actually indicates is that scientists are really bad at naming things. Allow me to introduce you to the glories of the electromagnetic spectrum, as defined by science:

Remember that time you turned on an infrared lamp in your bathroom and it gave you cancer? No? Huh. Must be all the cell phones rotting your brain. The fact that all of the damaging energy known to harm humans is sitting above visible light while everything known not to be harmful is sitting below it, including 5G signals, is surely some mistake.

But this team of sciency folks isn’t just using scary language — they’re blatantly misrepresenting the actual bands that mmWave 5G deployments use. Here they are:

24GHz to 72GHz, you say? Mind pointing out where? Unless COVID-19 can literally travel through time and infect us from the era when 72GHz 5G exists, how can it possibly matter that 5G signals might one day use that frequency band?

This Is What Bad Scientists Think Science Looks Like

It has been shown that 5G mobile networking technology will affect not only the skin and eyes, but will have adverse systemic effects as well.

In another study, it was argued that 5G technologies cause great harm to human health. Cancer is only one of the many problems. 5G causes 720! (factorial) different diseases in human beings, and can kill everything that lives except some forms of microorganisms (12).

This last was so amazing, I had to check the citation. Here’s the opening sentence from that modest proposal:

The intent of this article is to show that wireless technology is, without remedy other than termination, one of the most devastating environmental and health threats and threats to personal liberty ever created.

Pro Tip: When a scientist declares that the intent of their article is to prove that the only way to safeguard all of humanity, as well as the very principle of liberty, is to destroy all mobile communications technology because there is literally no alternative, that person may have what is sometimes referred to as an “agenda.” (Or a disorder).

Back to the original trainwreck:

The question is whether millimeter waves in 5G technology could contribute in constructing some viruses like COVID-19 within a cell. To reply to this question, we should consider the electronic structure of a DNA and its emitted waves.

With respect — and this bit, I explicitly ran past Ms. Hall — that is not the question. The question is whether any radio wave or signal has been shown to help any type of virus colonize the human body. The answer, up until the torrent of stupidity that is the 5G-coronavirus conspiracy theory, was no. And since the 5G-coronavirus conspiracy theory is literally ascientific bullshit, the answer remains no. Viruses turn human cells into factories to replicate more of themselves. This is literally how viruses work. A virus that requires a radio signal as a vital intermediary (which is what the authors’ claim, given that they identify 5G as “play(ing) the main role”) is a shit virus.

Imagine a bacteria that could only kill you if you like Nickelback. There are not enough Nickelback fans for that to be an effective evolutionary strategy, yet there are somehow far more Nickelback fans in the United States than people living in range of effective 5G service.

It disgusts me, too, but there we are.

Professor M. Fioranelli: Listed as lead author on the paper, Fioranelli is the EiC of the International Journal of Inflammation, Cancer and Integrative Therapy, which is owned by Omics. Omics has been heavily criticized and the validity of its publications challenged in the United States based on its poor peer review practices, its pay-to-publish fee structure, and its use of scientist’s names in marketing materials without their knowledge and consent. The US NIH demanded in 2013 that OMICS stop claiming to be affiliated with the US government or its employees.

The university he teaches at, Marconi University, has the dubious distinction of being accredited by the ACICS, a US accreditation agency so corrupt, its authority was revoked until Betsy DeVos reinstated it. Since that decision, a USA Today investigation has found that Reagan University, an ACICS-accredited school, has no students, no buildings, no faculty, and no alumni.

Other papers Professor Fioranelli has collaborated on include “A Mathematical Model for the Signal of Death and Emergence of Mind Out of Brain in Izhikevich Neuron Model,” which claims to present evidence that Cartesian duality — namely, that the mind and brain are entirely separate constructs — is scientifically valid. He’s also a credited author in the page-turner coming to a budget TV network near you: “Formation of Neural Circuits in an Expanded Version of Darwin’s Theory: Effects of DNAs in Extra Dimensions and within the Earth’s Core on Neural Networks.”

Sepehri A: Sepehri is also a co-author on the “We’ve proven minds exist after death” paper and the “Extradimensional DNA from the Earth’s Core is making AI want to kill us” paper. Mossimo and Sepehri also collaborated in a horror pitch: “Recovery of Brain in Chick Embryos by Growing Second Heart and Brain,” which is either up for an Ig Nobel or an option for Wes Craven.

Roccia MG: Surprise surprise. This individual also contributed to the “I stink, therefore I still am” deep dive into Descartian dementia.

M Jafferany: First, the good news. M. Jafferany isn’t mentioned on any of the papers above. Now the bad news:

Clinics in Dermatology notes, of psychodermatology: “Although many data have been published, it appears that not enough good statistical evidence exists to support them.”

The idea that stress can contribute to skin problems is not controversial. But psychodermatology typically goes farther from painting stress as a factor and identifies it as something more akin to a primary agent. This latter idea is not well-supported in the scientific literature. (Have you noticed that most of these people seem to be dermatologists yet?)

O Y Olisova: Olisova was lead author on a paper claiming COVID-19 could be treated effectively with Apremilast, a psoriasis medication. Her proof for this? A single asymptomatic patient on Apremilast who didn’t display symptoms of COVID-19. Under this theory of medicine the fact that my grandfather lived to be 90 while smoking like a chimney means cigarettes are safe for everyone. Lung candy, basically. Tasty, tasty, lung candy.

Lomonosov KM: I can’t speak to Lomonsov’s general work with vitiligo patients, though my fiancée thought it sounded like ‘borderline pseudoscience’ and noted that he typically publishes exclusively in Russian and is self-evidently involved in authorial work with those we could charitably describe as on the fringes of the scientific community.

T Lotti: Lotti appears to have also done a reasonable amount of serious work, but she’s signed on to this 5G-coronavirus conspiracy merry-go-round nevertheless. Strangely, she’s also contributed to articles specifically addressing how COVID-19 would impact dermatological clinics and is part of a group of scientists advocating for safe practices and policies that safeguard patients.

None of these authors has the standing or authority to speak to the causes of COVID-19, and the fact that this paper has appeared in the PubMed database or been linked by the NIH is evidence of serious methodological flaws in the approval process. This isn’t science. It’s what people who don’t actually practice the scientific method appear to think it looks like.

Some of this can be excused by the overwhelming nature of the COVID-19 epidemic and the need for all scientific nooks and crannies to be explored, but even a cursory investigation into the history of the organizations and individuals publishing this work demonstrates how profoundly counter-factual it is. If you want serious scientific advice, don’t get it from people who speak and refer to grand, sweeping assumptions as though they were proven scientific fact. And if you run into any AIs near the Earth’s core, make sure to check that they remain in the usual four dimensions.

If you run into any dermatologists pretending they have the qualifications to moonlight as signal engineers and infectious disease experts outside the explicit realm of dermatology, kindly do us all a favor and tell them to shut the fuck up.