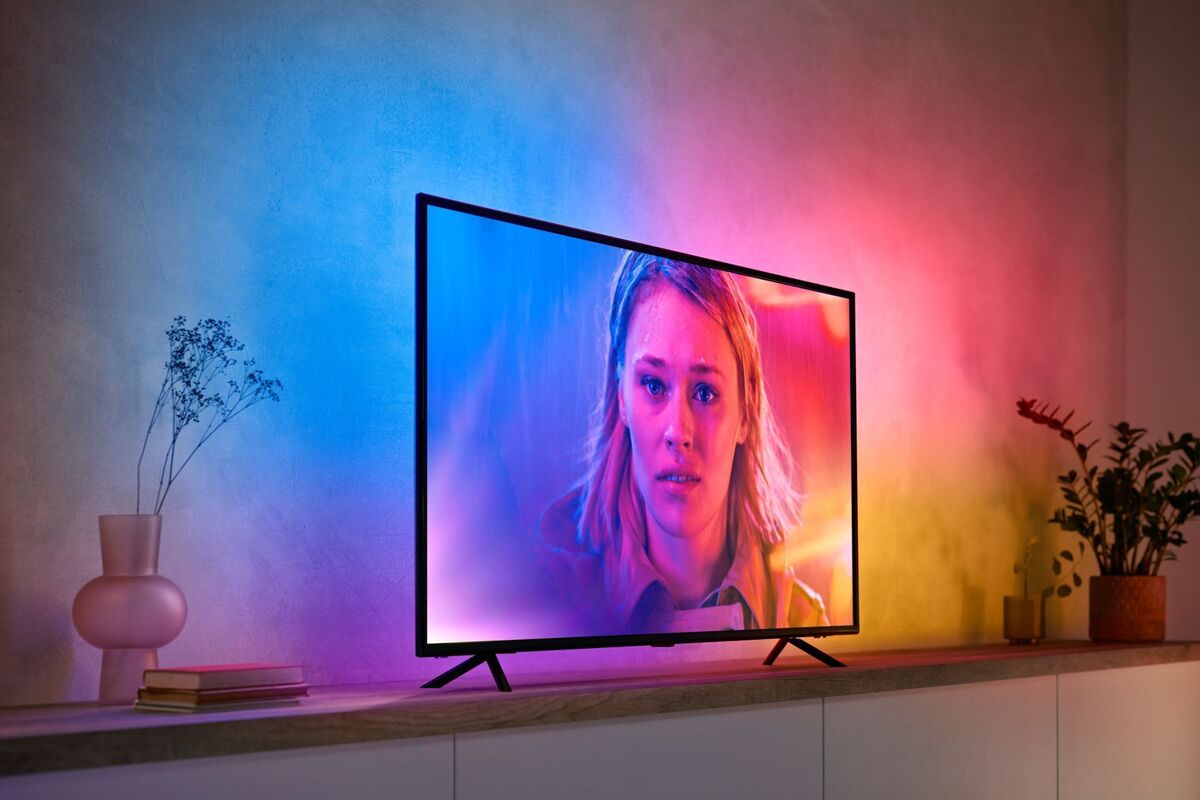 The Philips Hue device that syncs images on a TV screen with Hue smart lights is about to get a nifty new accessory: a gradient LED lightstrip that can glow in up to seven different colors simultaneously.

The gradient light strip works in concert with the Philips Hue Play HDMI Sync Box, a device that takes signals from up to four HDMI-enabled video sources and syncs the selected device with your Hue lights, creating a glowing cascade of lights that pulse in time with the images. While the effect can be distracting (you might want to dial down the Sync Box during, say, Mystic River), it can also be thrilling and immersive, particularly when it comes to Marvel movies and games.

The Philips Hue Play HDMI Sync Box can wirelessly sync with up to 10 of your Hue lights, including color ambiance bulbs, Hue lamps, the Hue Play Light Bars (which you can position behind your TV), and the existing Philips Hue indoor lightstrips.

How the gradient lightstrip works

You can affix the lightstrip to the back of your TV by wrapping it around adhesive brackets that stick to the rear corners of the display. The lightstrip only goes along the sides and the top of the screen; having the LED strip wrap around the bottom edge of the display would cause too many installation headaches and “didn’t add too much to the experience,” an exec for Signify (the owner of the Philips Hue lighting brand) said during an online briefing.

Unlike Philips Hue’s indoor lightstrips, the new grandiant lightstrip can’t be cut to fit, which means you’ll have to pick a version that’s the right size for your TV. If you want to use the lightstrip with a screen that’s larger than 85 inches, you should simply install the strip further in from the outer edge of the display, Signify execs said.

Besides the Philips Hue HDMI Sync Box, the new Hue Play gradient lightstrip will also work with the free Hue Sync app for PC and Mac, which syncs your computer screen with your Hue lights. Of course, the gradient lightsrip is too big to install on most PC monitors, but you could use it on a bigger TV that’s connected to your laptop for PC gaming.

The Philips Hue HDMI Sync Box first came out last fall. In our review, we praised it as the “best way” to sync your TV screen with your living room lights, although we dinged it for its “expensive” $230 price tag and tricky control scheme. An update earlier this year remedied the control issue by enabling the use of third-party universal remotes, such as Logitech’s Harmony line. The update also added Dolby Vision and HDR10+ syncing support, along with support for Alexa, Google Assistant, and Siri voice commands.

Signify also announced several other new products in the Philips Hue lineup, including a reintroduction of the Philips Hue Iris table lamp. You can read about those at this link.