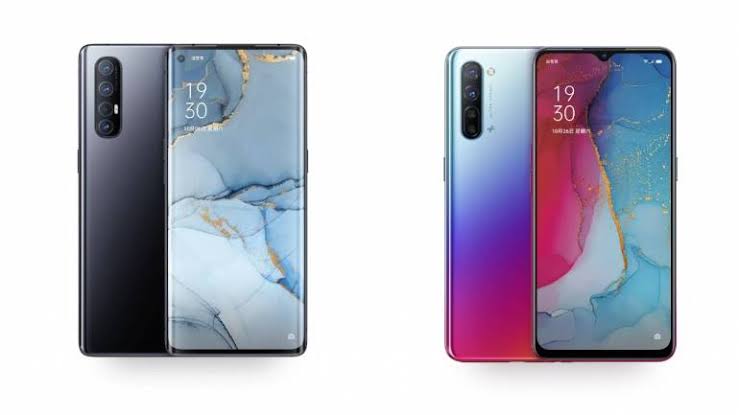 Oppo has announced the Reno 3 Pro, the latest entry in the ever-more-convoluted Reno series. It’s a mid-range model that’s altogether separate from the Reno 3 Pro 5G released in China in December; this model is launching in India first.

The Reno 3 Pro feels slimmer and lighter than most of its peers, at 8.1mm thick and 175g. Otherwise, though, its design is pretty unremarkable — it’s yet another bezel-less Chinese phone with a gradient finish and cameras everywhere the eye can see. Oppo says the finishes are all meant to evoke the sky; the model you see above is the “Auroral Blue” version, supposedly inspired by the northern lights, while there are also “Midnight Black” and sunrise-pink-ish “Sky White” variants.

The screen is a 6.4-inch 20:9 1080p OLED panel with an in-display fingerprint sensor and a pill-shaped hole-punch cutout for two camera modules. The main one is a 44-megapixel sensor, apparently a world first, and it’s backed with a 2-megapixel sensor for depth-of field information. A higher refresh rate would have been nice, but otherwise the screen is great. I also like the neat effect where the pixels around the hole punch glow brightly when you use face unlock.

There’s a fairly large bump on the back that houses four more cameras. The main camera has a 64-megapixel sensor and f/1.7 lens, while there’s also a 13-megapixel f/2.4 2x telephoto, an 8-megapixel f/2.2 ultrawide, and a 2-megapixel monochrome sensor. Oppo is claiming up to 5x hybrid zoom and 20x digital zoom; sure enough, in my brief testing photos looked pretty good up to 5x, though I wouldn’t push it too far beyond that. The device I used was using non-final camera software, however.

Other specs include MediaTek’s new Helio P95 processor, 8GB of RAM, 128GB or 256GB of expandable storage, dual SIM slots as well as a separate microSD slot, and a headphone jack. The phone runs ColorOS 7, based on Android 10. The 4,025mAh battery can be fast-charged at 30W with Oppo’s VOOC 4.0 system, which the company says will get you from 0 to 50-percent full in 20 minutes and 100 percent in 56. This probably doesn’t need to be said, but unlike China’s Reno 3 Pro 5G, this phone does not support 5G.