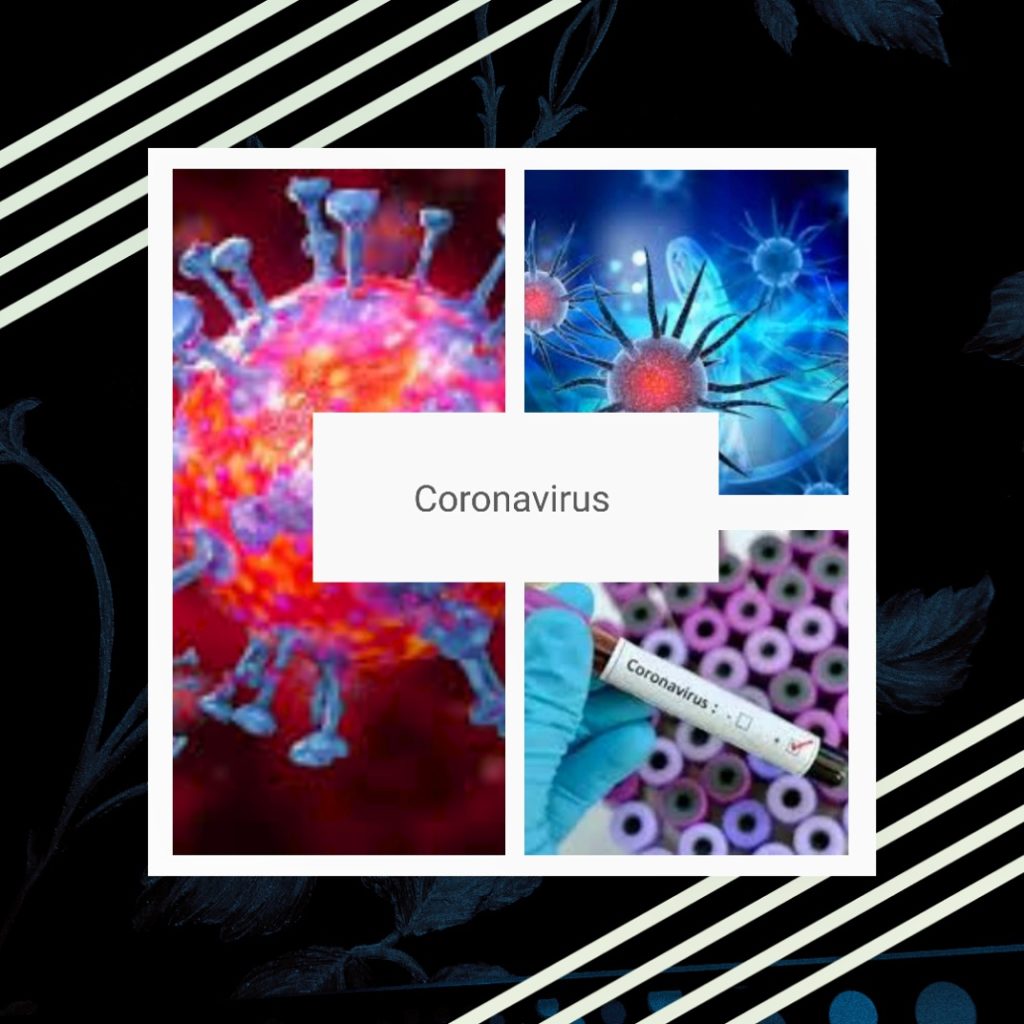 The coronavirus pandemic circling the globe is caused by a natural virus, not one made in a lab, a new study says.

The virus’s genetic makeup reveals that SARS-CoV-2 isn’t a mishmash of known viruses, as might be expected if it were human-made. And it has unusual features that have only recently been identified in scaly anteaters called pangolins, evidence that the virus came from nature, Kristian Andersen and his colleagues report March 17 in Nature Medicine.

When Andersen, an infectious disease researcher at the Scripps Research Institute in La Jolla, Calif., first heard about the coronavirus causing an outbreak in China, he wondered where the virus came from. Initially, researchers thought the virus was being spread by repeated infections jumping from animals in a seafood market in Wuhan, China, into humans and then being passed person to person. Analysis from other researchers has since suggested that the virus probably jumped only once from an animal into a person and has been spread human to human since about mid-November (SN: 3/4/20).

But shortly after the virus’s genetic makeup was revealed in early January, rumors began bubbling up that maybe the virus was engineered in a lab and either intentionally or accidentally released.

Headlines and summaries of the latest Science News articles, delivered to your inbox

An unfortunate coincidence fueled conspiracy theorists, says Robert Garry, a virologist at Tulane University in New Orleans. The Wuhan Institute of Virology is “in very close proximity to” the seafood market, and has conducted research on viruses, including coronaviruses, found in bats that have potential to cause disease in people. “That led people to think that, oh, it escaped and went down the sewers, or somebody walked out of their lab and went over to the market or something,” Garry says.

Accidental releases of viruses, including SARS, have happened from other labs in the past. So “this is not something you can just dismiss out of hand,” Andersen says. “That would be foolish.”

Andersen assembled a team of evolutionary biologists and virologists, including Garry, from several countries to analyze the virus for clues that it could have been human-made, or grown in and accidentally released from a lab.

“We said, ‘Let’s take this theory — of which there are multiple different versions — that the virus has a non-natural origin … as a serious potential hypothesis,’ ” Andersen says.

Meeting via Slack and other virtual portals, the researchers analyzed the virus’s genetic makeup, or RNA sequence, for clues about its origin.

It was clear “almost overnight” that the virus wasn’t human-made, Andersen says. Anyone hoping to create a virus would need to work with already known viruses and engineer them to have desired properties.

But the SARS-CoV-2 virus has components that differ from those of previously known viruses, so they had to come from an unknown virus or viruses in nature. “Genetic data irrefutably show that SARS-CoV-2 is not derived from any previously used virus backbone,” Andersen and colleagues write in the study.

“This is not a virus somebody would have conceived of and cobbled together. It has too many distinct features, some of which are counterintuitive,” Garry says. “You wouldn’t do this if you were trying to make a more deadly virus.”

Other scientists agree. “We see absolutely no evidence that the virus has been engineered or purposely released,” says Emma Hodcroft, a molecular epidemiologist at the University of Basel in Switzerland. She was not part of Andersen’s group, but is a member of a team of scientists with Nextstrain.org that is tracking small genetic changes in the coronavirus to learn more about how it is spreading around the world.

That finding debunks a widely disputed analysis, posted at bioRxiv.org before peer review, that claimed to find bits of HIV in the coronavirus, Hodcroft says. Other scientists quickly pointed out flaws in the study and the authors retracted the report, but not before it fueled the notion that the virus was engineered.

Some stretches of the virus’s genetic material are similar to HIV, but that’s something that stems from those viruses sharing a common ancestor during evolution, Hodcroft says. “Essentially their claim was the same as me taking a copy of the Odyssey and saying, ‘Oh, this has the word the in it,’ and then opening another book, seeing the word the in it and saying, ‘Oh my gosh, it’s the same word, there must be parts of the Odyssey in this other book,” she says. “It was a really misleading claim and really bad science.”

Andersen’s group next set out to determine whether the virus could have been accidentally released from a lab. That’s a real possibility because researchers in many places are working with coronaviruses that have potential to infect humans, he says. “Stuff comes out of the lab sometimes, almost always accidentally,” he says.

A couple of unexpected features of the virus caught the researchers’ eyes, Andersen says. In particular, the gene encoding the coronavirus’s spike protein has 12 extra RNA building blocks, or nucleotides, stuck in it.

This spike protein protrudes from the virus’ surface and allows the virus to latch onto and enter human cells. That insertion of RNA building blocks adds four amino acids to the spike protein, and creates a site in the protein for an enzyme called furin to cut. Furin is made in human cells, and cleaves proteins only at spots where a particular combination of amino acids is found, like the one created by the insertion. SARS and other SARS-like viruses don’t have those cutting sites.

Trustworthy journalism comes at a price.

Scientists and journalists share a core belief in questioning, observing and verifying to reach the truth. Science News reports on crucial research and discovery across science disciplines. We need your financial support to make it happen – every contribution makes a difference. Subscribe or Donate Now

Finding the furin cutting site was a surprise: “That was an aha moment and an uh-oh moment,” Garry says. When bird influenza viruses acquire the ability to be cut by furin, the viruses often become more easily transmissible. The insertion also created places where sugar molecules could be fastened to the spike protein, creating a shield to protect the virus from the immune system.

The COVID-19 virus’ spike protein also binds more tightly to a protein on human cells called ACE2 than SARS does (SN: 3/10/20). Tighter binding may allow SARS-CoV-2 to more easily infect cells. Together, those features may account for why COVID-19 is so contagious (SN: 3/13/20).

“It’s very peculiar, these two features,” Andersen says. “How do we explain how this came about? I’ve got to be honest. I was skeptical [that it was natural]. This could have happened in tissue culture” in a lab, where viruses may acquire mutations as they replicate many times in lab dishes. In nature, viruses carrying some of those mutations might be weeded out by natural selection but might persist in lab dishes where even feeble viruses don’t have to fight hard for survival.

Clinching the case for nature

But then the researchers compared SARS-CoV-2 with other coronaviruses recently found in nature, including in bats and pangolins. “It looks like SARS-CoV-2 could be a mix of bat and pangolin viruses,” Garry says.

Viruses, especially RNA viruses such as coronaviruses, often swap genes in nature. Finding genes related to the pangolin viruses was especially reassuring because those viruses’ genetic makeup wasn’t known until after SARS-CoV-2’s discovery, making it unlikely anyone was working with them in a lab, he says.

Coronaviruses that infect pangolins gave researchers important clues that the SARS-CoV-2 virus is natural.2630ben/iStock/Getty Images Plus

In particular, pangolins also have the amino acids that cause the tight binding of the spike protein to ACE2, the team found. “So clearly, this is something that can happen in nature,” Andersen says. “I thought that was very important little clue. It shows there’s no mystery about its tighter binding to the human [protein] because pangolins do it, too.”

The sugar-attachment sites were another clue that the virus is natural, Andersen says. The sugars create a “mucin shield” that protects the virus from an immune system attack. But lab tissue culture dishes don’t have immune systems, making it unlikely that such an adaptation would arise from growing the virus in a lab. “That sort of explained away the tissue-culture hypothesis,” he says.

Similarity of SARS-CoV-2 to bat and pangolin viruses is some of the best evidence that the virus is natural, Hodcroft says. “This was just another animal spillover into humans,” she says. “It’s really the most simple explanation for what we see.” Researchers still aren’t sure exactly which animal was the source.

Andersen says the analysis probably won’t lay conspiracy theories to rest. Still, he thinks the analysis was worth doing. “I was myself skeptical at the beginning and I kept flipping back and forth,” Andersen says, but he’s now convinced. “All the data show it’s natural.”