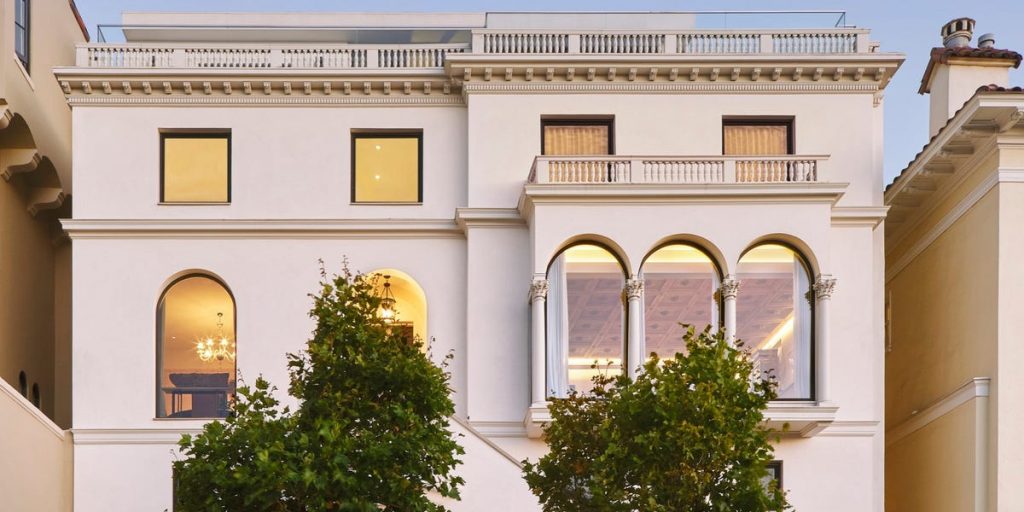 Nextdoor founder Nirav Tolia just listed his San Francisco home in the Pacific Heights neighborhood. It was originally built in 1916 by famous Bay Area architect George Applegarth for himself and his wife. Applegarth is also known for the San Francisco Spreckels mansion, built in a distinctive French chateau style.

In 2015, the home’s interior was totally gutted and remodeled in a three year project, while the Italian Renaissance-style facade was preserved. 2775 Vallejo Street is listed at $25 million with Malin Giddings of Compass.

Tolia bought the home in 2011 as a wedding present for his wife, The Wall Street Journal reported. He told WSJ that the couple is temporarily moving to Florence, Italy, and will eventually look for a home outside of San Francisco.