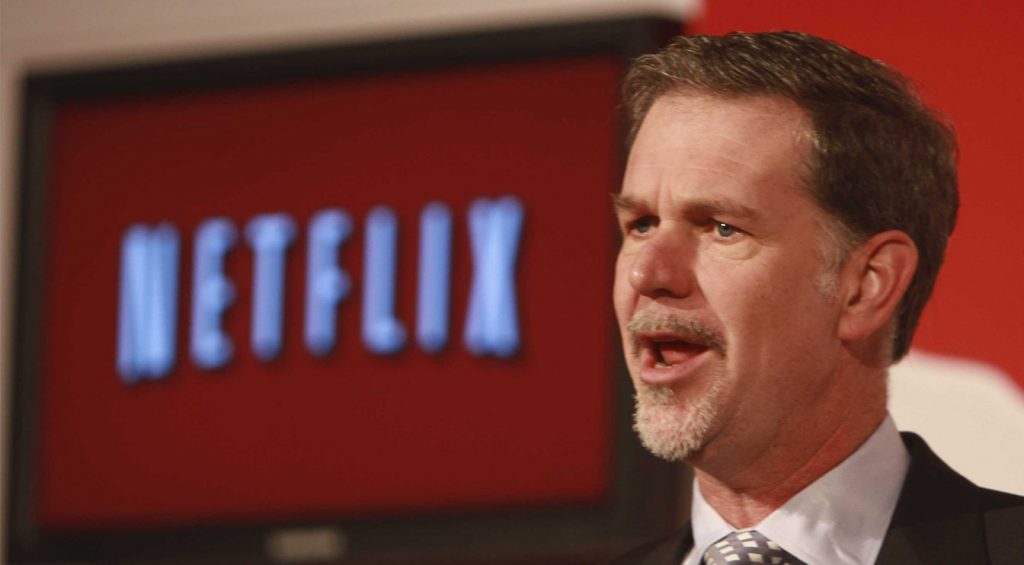 Ask people where they get their entertainment from in 2020, and I’m willing to bet Netflix, Amazon Prime, Disney Plus, and Hulu rank considerably higher than they might have in years past. Tens of millions of people are binging old favorites or discovering new ones. With virtually no new content released into theaters or on TV, streaming services are some of the only places to find new media. Old shows, including Deep Space Nine, have gotten a fair bit of online discussion over the past few months. Netflix picking up Avatar and The Legend of Korra has been a major topic of conversation.

Streaming services are benefiting from a disproportionate cross-slice of consumer attention compared with what they normally receive. But someone at Netflix doesn’t seem to realize this. The company has cranked up the rate and pace of its email blasts until being a customer feels less like a business transaction and more like dealing with a needy child.

Maybe the company itself is also going a little stir-crazy in the age of COVID. I’ve gotten nine emails from Netflix about watching content since the beginning of the month, including three on Friday, August 7 (arriving between 1:00 and 4:30), two on Sunday, and two more today. That’s a bumper crop, even for Netflix, which typically sends between four and seven emails per month, not one email every day and a half. When you look at the list in aggregate, the effect changes from whiny to creepy (click to enlarge). “Don’t forget to watch The Last Airbender. Don’t forget to relive your favorite moments from Deep Space Nine! What are you doing tonight? Have you thought about some Netflix? You might enjoy it — after all, we just added a TV show you might like. And another. And another. We’re sorry to just keep emailing, but there are so many great shows! Have you thought about what the people around you are watching? We sure have. And now that we’re such good friends, such intimate buddies, well, we can’t stop emailing you now. We have such sights to show you. Here’s what’s coming, Joel. Watch TV, Joel. Play with us, Joel. Forever, and ever, and ever.” Seriously. Could you guys take, like, two steps back?

See the August 7 reminder not to forget to finish The Umbrella Academy? That one particularly rankles. I started watching TUA on Monday, August 3. I watched one episode on Monday, one on Tuesday, one on Wednesday, skipped Thursday, and got reminded on Friday that I hadn’t read Netflix a bedtime story or gotten it a glass of milk the night before.

Netflix appears to have subscribed to a more-is-better strategy for customer contact without realizing that increasing the number of times you take up people’s time with useless contact only trains them to throw your email away. I do not mind it when Netflix sends me an update saying “Season 2 of X is now on Netflix.” If I watched Season 1, I may well be looking forward to Season 2. But I know damn well that the service doesn’t need to send me a “Here are some shows you might like,” email, and a “Suggestions” email, and a specific email when the shows I actually watch are added to the service.

At some point this spring, Netflix decided begging people to watch new content wasn’t good enough. On March 17, the company invited me to “Rewatch my favorite moments” of shows I’d already seen. Consider the oddity of a company reminding you where to find your own favorite content. Clearly you know where it is — you literally watched it already. If you use Netflix, you know that the service aggressively positions your own previously-watched and favorited content. Here’s my home page:

I haven’t watched The Flash, Supernatural, or Lost in Space for months. Ditto for Deep Space Nine. (Well. I haven’t watched DS9 on Netflix. I’m too busy working on it). The shows on the bottom are the ones I had accessed last, the shows on top are old favorites. Netflix emails me to recommend I rewatch the same set of shows it makes certain I see when I log in.

I won’t claim to know if Netflix’s strategy of customer retention is effective or not, but I know this: I found myself wanting to not watch The Umbrella Academy this past week. I wanted to see if Netflix’s algorithms would keep harassing me to spend more of my life watching a service that has already received a great deal of my attention during the annus horribilis. I am both very glad for and just a little tired of Netflix and the other streaming services at this point. I am not a marketing expert, but I’m fairly certain that the point of brand engagement is to generate a positive association with the product.

I could just throw the emails away, but this counter to the purpose of being a paying customer. Generally speaking, if you pay a monthly fee to a company, you expect some of its mail to be important. There was a time when Netflix’s “Recommendations” emails were a genuinely useful place to find new content. They could be again, if the company stops carpet-bombing people with spam.

If you’re tired of neurotic reminders to watch television, you can shut Netflix up by blocking info@mailer.netflix.com. It’ll make inbox zero that much easier. And Netflix — seriously — you can ease up just a little. I know Disney Plus represents new competition and I think most of us are probably going a little stir-crazy over the past six months, but it’s all going to be fine.