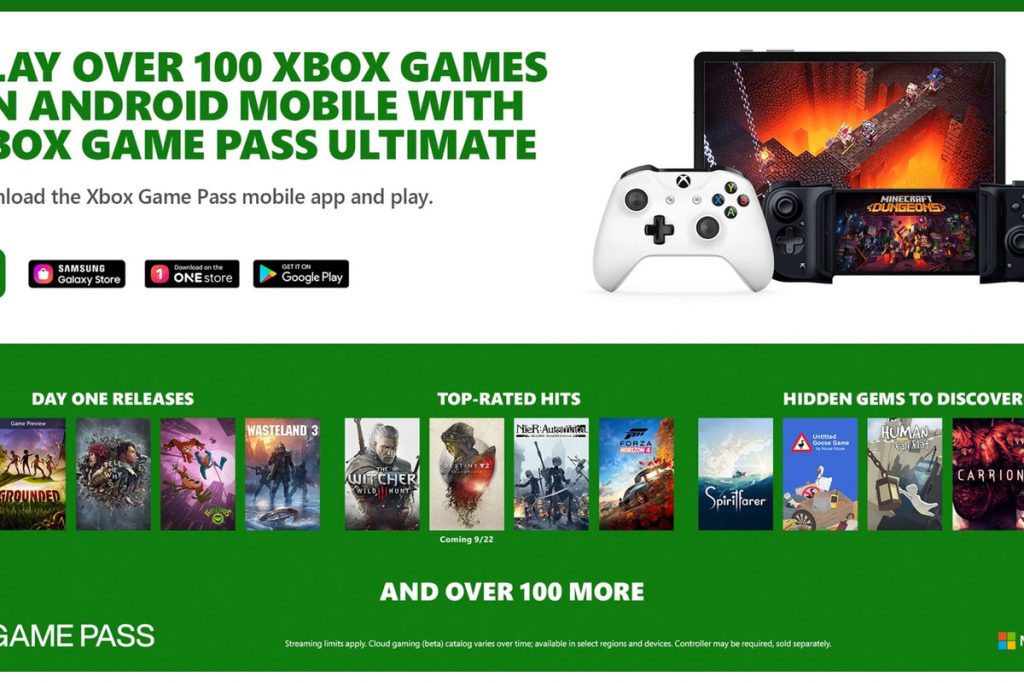 On Monday, Microsoft announced more than 150 games that consumers will be able to play on its cloud gaming initiative (formerly known as Project xCloud) beginning September 15. But the cloud-gaming initiative omits one key feature: the ability to play on a PC.

Microsoft began offering Project xCloud as a beta late last year, and the technology is a marvelous achievement. You can play otherwise top-tier games on an Android tablet or phone, powered by Microsoft’s network of cloud servers. (Cloud gaming runs on a powerful though remote GPU, meaning that even a smartphone can “run” a top-tier, AAA game.) The service, now simply called “cloud gaming,” is part of Microsoft’s Game Pass Ultimate subscription, available for $15 per month. (Or less, if you know how to work the system.)

When we tried xCloud last year, the experience was impressive. The small smartphone screen sometimes struggled to accommodate the UI for games designed for PCs and TVs. Microsoft has begun addressing that problem, debuting a new phone-optimized UI for its hit Minecraft Dungeons game.

Microsoft’s cloud gaming could be just the thing to revitalize a waning Android tablet market. You can even use Game Pass on a Chromebook, as long as it has access to the Google Play Store.

One problem remains. Originally, Microsoft’s xCloud envisioned a future where we’re all on the go, commuting to work, waiting for planes and buses, and traveling from city to city. During those idle moments, xCloud suggested, we could open our phones and begin playing games.

In the middle of a pandemic, most cloud gamers are sitting at home…next to their Xbox, and next to their PC. Project xCloud doesn’t need to run on the Xbox, which has its own dedicated CPU. But there are millions of older (and newer) PCs that don’t have the graphical horsepower to run games. Cloud gaming could be the answer for them.

What’s needed, of course, is either the expansion of the Windows 10 Xbox app to include cloud gaming, or an entirely new app, to allow cloud gaming to happen on the PC. I reached out to Microsoft representatives about such an app, and they declined to comment.

Meanwhile, Microsoft is working hard to attract mobile users. The company said Monday that gamers could select a Gaming Bundle in conjunction with the purchase of a new Samsung Galaxy device, with three months of Xbox Game Pass Ultimate and the all-new Power A MOGA XP5-X Plus Bluetooth Controller with an attachable phone clip.

“This is a pivotal step on our journey to put the player at the center of their experience and empower gamers to play the games they want, with the people they want, anywhere they want. What you’ll see on day one is just the beginning,” Kareem Choudhry, corporate vice president of cloud gaming at Microsoft, said in the same blog post that  named the more than 150 launch titles.

It just goes to show, though, that for all of Microsoft’s marvelous technological efforts, it’s still falling somewhat short of satisfying millions of owners of older PCs who would also like to play. We’re pretty sure an xCloud app for Windows 10 is coming. But until it arrives, Project xCloud remains unfinished.