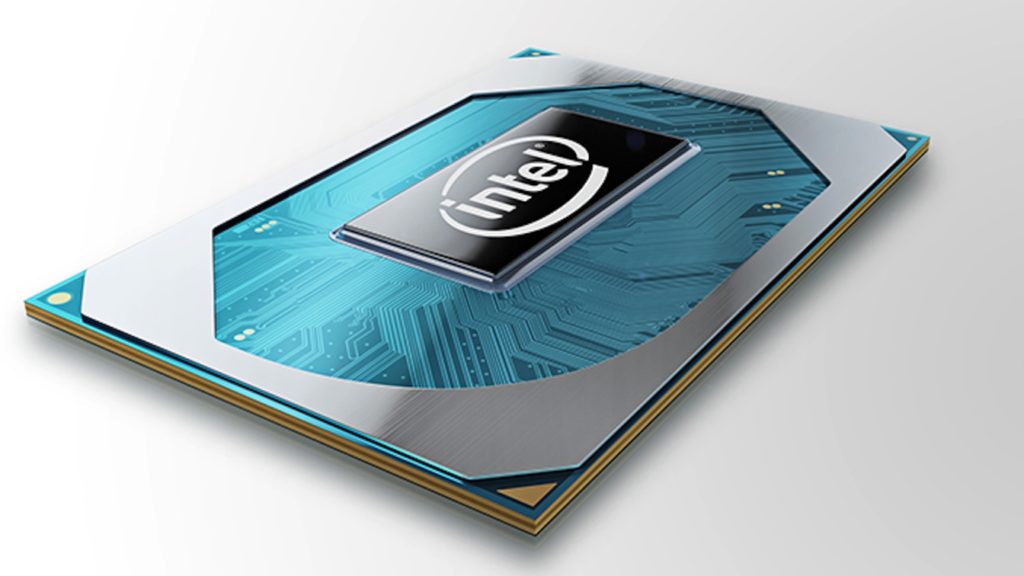 Ever since Apple switched back to x86 chips, there’s been discussion about the CPUs that Intel builds for the company and the degree to which any of them are custom silicon. Now, there’s some evidence that Intel may have reserved an entire lineup of parts explicitly for Apple MacBooks.

When we say that Intel has built a custom chip for a company like Apple, it doesn’t mean Intel has created a different microarchitecture or a complete SoC with a unique set of capabilities only for Apple. While Intel does theoretically have the ability to perform either of those tasks for a customer through a client foundry arrangement, the company doesn’t offer this level of customization. Instead, what Intel has done in the past is offer specific combinations of cache, core counts, and frequencies, in whatever TDP bin the customer requires.

We actually saw one of these types of custom chips surface in the consumer market a few months back, with the Intel CC150 — an 8C/16T CPU with a 3.5GHz constant clock and multi-threaded performance comparable to the 9700K in a much lower power envelope.

Up until recently, Intel had listed a Core i7-1068G7 on the Ark.Intel.com website. Now, that chip has vanished, with the Core i7-1065G7 at the top of the Ice Lake-derived product family instead. The Core i7-1068G7 has quietly moved over to become the Core i7-1068NG7, which reportedly means that the chip is now an Apple-only part. I would expect the Core i7-1068NG7 to offer at least a modest performance improvement over the i7-1065G7 solely on the basis of its base clock and 28W TDP (as opposed to 15W base with a 25W TDP Up option). A 28W TDP doesn’t mean that a CPU is literally limited to 28W of power consumption at all times — the number refers to the average amount of thermal energy the CPU cooler needs to be able to dissipate over time, not the maximum power consumption of the SoC at any particular moment. With a full 1GHz of additional base clock, the Core i7-1068NG7 should be a little snappier than any other chip on the market.

As for why Apple wants it? Probably to position itself a little better than any other company on the market. There have been rumors that Apple is unhappy with Intel’s long pause on 14nm, and I think we can assume there’s at least some truth to them — Apple, after all, has been famously burned by a CPU vendor’s difficulty keeping them supplied with chips once before. All of the rumors around the Apple-ARM CPU effort suggest that it began in earnest just a few years ago, which also tracks with what we know about Apple’s overall level of CPU performance and the likelihood that it could field an SoC capable of competing with an Intel x86 chip in the first place.

I won’t pretend to know what kind of ARM machine Apple will or won’t launch in 2021, or what the impact will be on Intel. There’s a lot of rumor around these products, but not much fact. I think it’s interesting to see Intel pulling in these chips and dedicating them specifically to Apple, but it also tracks with Apple’s occasional willingness to pay for semi-custom chip designs in the past.

If the rumor mill is accurate, Intel’s Ice Lake won’t be the CPU architecture that faces off against whatever Apple is planning. Tiger Lake is supposed to launch later this year, with Alder Lake expected in 2021. If Apple were to delay its own launch (or if the theorized timeline is incorrect), we might see its own ARM device going up against either Alder Lake or Meteor Lake, Intel’s 7nm architectural refresh.

It’s interesting to see what Intel is doing to potentially tend to the Apple relationship this year. It’ll be very interesting to see what happens next year and the year after that. There are those who believe that ARM has a fundamental advantage over x86 that will shortly begin to prove itself, and those who believe the fundamentals of silicon design now play a larger role in CPU performance than instruction set. Whether an Apple-built CPU core can beat an AMD/Intel CPU will come down the specifics of the microarchitecture rather than the ISA.