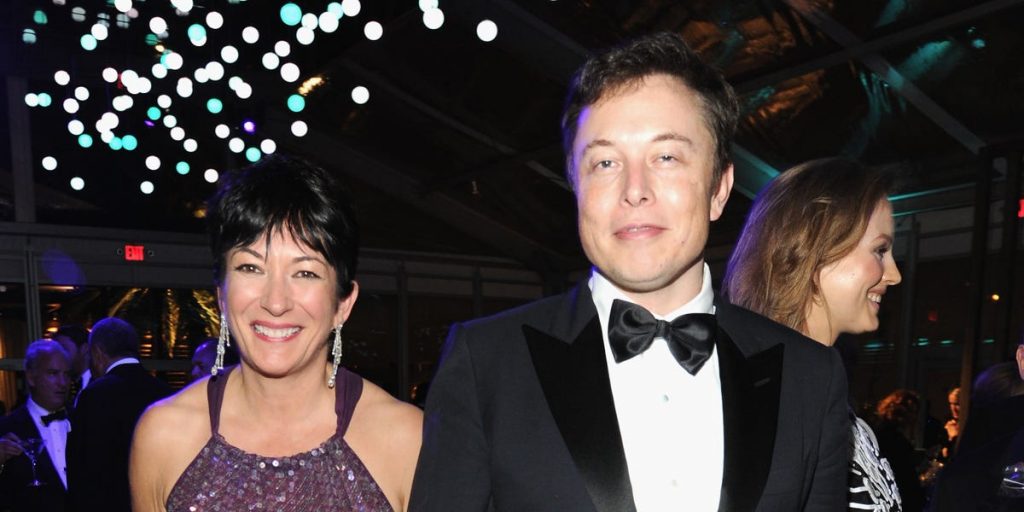 “To the best our knowledge, he never toured SpaceX,” Musk, the founder and CEO of SpaceX, tweeted Saturday. “Don’t know where that comes from.”

In response to the viral photo, which users have been sending to him on Twitter, the Tesla CEO said he did not know Maxwell and that he attended the party, which was hosted by Vanity Fair in 2014, with his then-wife.

“Real question is why did VF invite her?” Musk tweeted.

“Ghislaine simply inserted herself behind him in a photo he was posing for without his knowledge,” a spokesperson told Business Insider about the photo in 2019 prior to its re-circulation as a result of her arrest. Photos of Maxwell and prominent figures — including President Donald Trump and former President Bill Clinton — have been widely shared amid her arrest.

As Business Insider previously reported in January, two sources said that Epstein introduced Kimbal Musk — Elon Musk’s brother — to a woman in his entourage reportedly in an effort to grow favor with Musk and gain access to his companies, including Tesla and SpaceX.

“It almost seemed a little more transactional. The rumor has always been that Epstein facilitated introductions to beautiful women, looking for deal flow or access to capital,” one source familiar with the couple told Business Insider.

According to the report, the efforts were at least somewhat successful as Epstein and “members of his entourage” were granted a private tour of Elon Musk’s SpaceX facility in Hawthorne, California, in 2012, which Musk has now denied. As Business Insider reported, the tour had been organized by Musk’s brother and it is unclear whether either Elon or Kimbal Musk were present when it reportedly occurred.

In a statement last year to Vanity Fair, Musk distanced himself from Musk, denying accusations he introduced Epstein to Facebook CEO Mark Zuckerberg and said he was at Epstein’s Manhattan home for just a half-hour with his ex-wife, actress Talulah Riley. Musk said his ex-wife was interested in Epstein for a “novel she was writing.”

“We did not see anything inappropriate at all, apart from weird art,” he said last year. “He tried repeatedly to get me to visit his island. I declined.”

Rahul Narang’s tech fund has gotten top marks for risk-adjusted returns for 2 years running. He’s done it in part by focusing on stocks that other investors won’t touch.