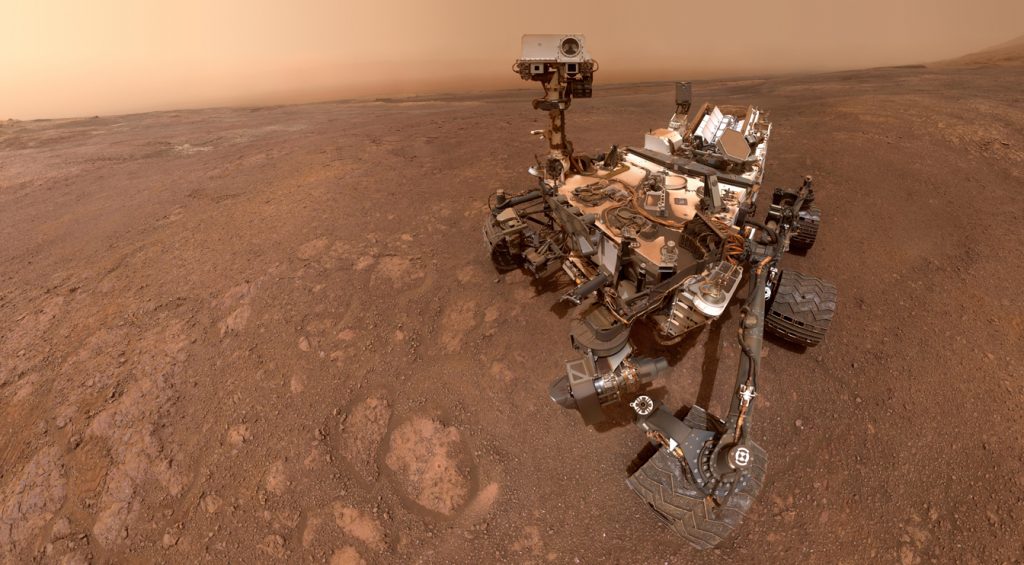 Curiosity has been on Mars since 2012 and exploring Mount Sharp since 2014. While the rover has long since exceeded its design life, NASA isn’t taking any chances with its only active Mars rover, particularly when the Perseverance launch has been pushed back again. To reach the next section of Mount Sharp, Curiosity is setting off on a summer road trip that will avoid a dangerous sand trap.

Curiosity began on the floor of Gale Crater, which it explored for two years before beginning its climb up the side of Mount Sharp. That’s the central peak within the crater, composed of sedimentary layers that built up over time. This gives the rover an opportunity to take a tour of Mars’ geological past.

NASA has been exploring the mountain’s so-called “clay-bearing unit” for the last several years, but the time has come to leave that behind. The next section of Mount Sharp is known as the “sulfate-bearing unit.” As the name implies, this region contains sulfates like gypsum and Epsom salts. Those usually form when water evaporates, which might help explain how and why the planet’s atmosphere changed three billion years ago. The path Curiosity will take to reach the sulfate-bearing unit, composed of 116 images.

The problem with moving up to the next section of Mount Sharp is that a large field of sand lies between Curiosity and the sulfate-bearing unit. Rovers might be able to reliably navigate patches of sand in the future, but not now. NASA has opted to drive Curiosity around the edge of the sand pit. It will take a few months to travel about a mile (1.6 kilometers) to reach the sulfate-bearing unit in this roundabout way. You can look forward to new Curiosity photos and data on Mount Sharp later this year.

The team is excited to reach this new region. A quick peek at the sulfate-bearing unit from a hilltop featured small nodules (sometimes called blueberries) that can only form in the presence of water. Analyzing the sulfate-bearing unit could provide valuable insights that will guide the Perseverance mission next year. Assuming NASA can get it ready in time for the launch window in the coming weeks, this rover will arrive on the red planet in early 2021 with a new suite of instruments designed to search for evidence of ancient life on Mars.