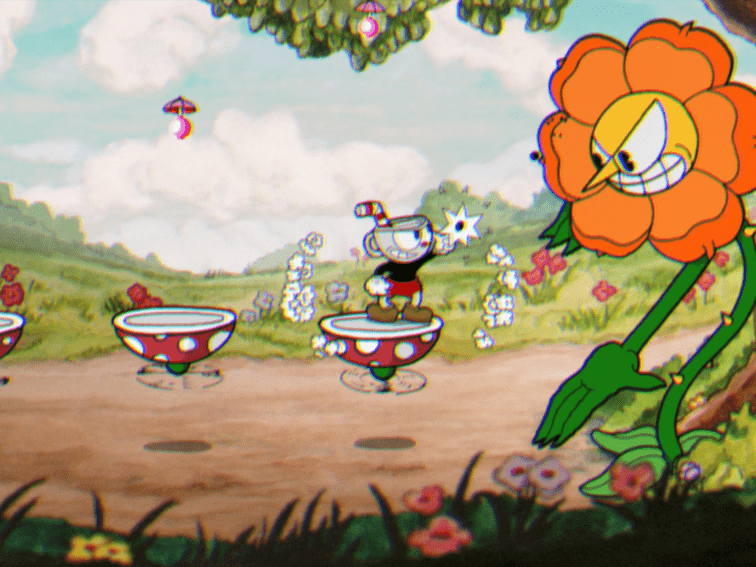 PlayStation 4 owners will finally get a chance to test their mettle against the tough but fair challenges of Cuphead. Studio MDHR, makers of the side-scrolling shooter, announced the surprise release on Tuesday with a new stop-motion trailer for the game. If you own a PlayStation and have been waiting to try Cuphead, you won’t have to wait any longer. You can buy Cuphead now via the PlayStation Store for $20.

Initially released in 2017 as an Xbox One exclusive, Cuphead puts you in the shoes of the titular character as you take on screen-filling bosses by shooting them with finger guns while jumping and dodging their own colorful projectiles. A friend can join you in co-op battles as Mugman. Gameplay is similar to classic arcade shooters like Galaga, but with an animation style reminiscent of 1930s cartoons and a wonderful jazzy soundtrack. It oozes with style.

While every fight offers a challenge, the game shows a progress bar if you die to show you how close you came to winning a fight and tempt you into one more try.

Check out the announcement trailer below:

This Cuphead launch comes as both Sony and Microsoft prepare to launch the next generation of consoles this holiday season — the PlayStation 5 and Xbox Series X respectively. Each will launch with its own exclusive games and it’s interesting to see one of Xbox’s best coming to the PS4 this late in the life cycle of the current consoles.