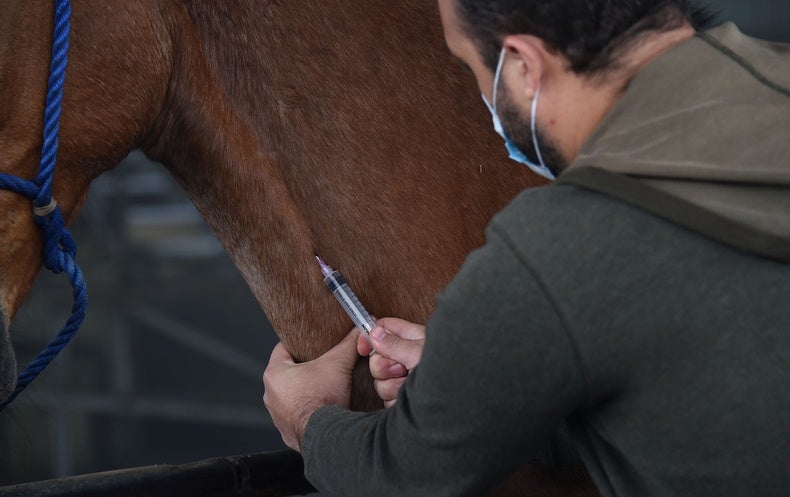 Development of the hundreds of vaccines and therapies for COVID-19 is by no means confined to metro areas surrounding San Francisco, Boston or Washington, D.C. Borrowing from decades of experience in producing snake antivenoms, scientists, veterinarians and technicians at a scientific and technical institute in Costa Rica have labored nonstop in recent months to produce a therapeutic formulation of equine antibodies against SARS-CoV-2, the coronavirus that causes COVID-19. Similar efforts are underway in Brazil and Argentina to tide these countries over until the arrival of an effective vaccine.

In late March, after the first case of COVID-19 was diagnosed in Costa Rica, Román Macaya—a biochemist and public health expert who heads the Costa Rican Social Security Fund, which runs the nation’s public clinics and hospitals—issued a call for the research community to join the fight against the then nascent pandemic. “Our response to COVID-19 could not be only a health care response,” Macaya says. “It had to be a scientific response as well.”

The effort’s objective was to harness the technology and experience the Clodomiro Picado Institute has acquired in its work using horse antibodies to fabricate antivenoms for snake bites during the past five decades. Every year, the antivenoms with purified equine antibodies produced at the institute save more than 500 people in Costa Rica and thousands more in other countries around the world.

The Clodomiro Picado Institute has more than 100 horses that have developed strong immunity to snake venoms after being inoculated with small quantities of toxins over a period of weeks to months. Besides their use in antivenoms for snakes, scorpions and spiders, for decades, pharmaceutical preparations of equine antibodies have been employed worldwide as a treatment for rabies, botulism and diphtheria. Clinical trials of the institute’s antivenoms conducted in Colombia, Nigeria and Papua New Guinea have shown that these antibodies are safe in humans and rarely induce severe adverse reactions.

More recently, equine immunoglobulin therapy has emerged as a potential treatment for a range of viruses that have limited therapeutic options. Among them are the highly pathogenic avian influenza viruses H5N1 and H7N9 and the coronavirus that causes Middle East Respiratory Syndrome (MERS). “All this inspired several research groups to find ways to produce safe and effective COVID-19 equine immunoglobulins,” explains Fan Hui Wen, a researcher and project manager at the Butantan Institute in Brazil, which also has long experience in manufacturing such antibodies. She was not involved with the research at the Clodomiro Picado Institute.

The Costa Rican project has an air of familiarity. “The idea behind the antibody therapy for patients with COVID-19 is similar to that of treating patients suffering from snakebite poisoning,” says Alberto Alape Girón, a microbiologist and lead researcher of the COVID-19 project at the Clodomiro Picado Institute. “We want to generate specific antibodies against viral structures in horses, purify the antibodies and give them to patients who are starting to fight the infection but whose immune system still does not produce enough antibodies to clear the viral particles, ” he adds.

Private citizens who wanted to help with the research donated six horses to the institute. The animals were inoculated with engineered proteins of the SARS-CoV-2 virus. Three of the horses received only S1, a portion of the protein that makes up the protruding spikes that stick out from the pathogen’s surface. The other three animals received a combination of four proteins from the coronavirus, including S1.

After four rounds of inoculations administered every two weeks, the horses produced the desired level of antibodies. At this point, their blood was extracted, and the red blood cells were separated from the plasma and returned to the horses. “Plasma is a very complex mixture that has hundreds of proteins,” Alape-Girón says. “Antibodies are one of the most abundant proteins, but there are others.” At the pharmaceutical plant, researchers used a technology developed by the Clodomiro Picado Institute to separate the antibodies from other proteins in the plasma and then purified them to obtain the therapeutic formulation for human testing.

In total, the plant produced 1,000 10-milliliter vials of purified equine antibodies. Half of them had antibodies against the S1 protein, and the other half contained the four proteins present in the coronavirus. “Just one 10-mL vial has about 80 times the quantity of antibodies you can find in 800 mL of convalescent plasma, which is the plasma donated by someone who has overcome an infection of SARS-CoV-2,” Alape-Girón says.

To test the efficacy of the equine antibodies, a few vials were shipped to George Mason University’s National Center for Biodefense and Infectious Diseases (NCBID). “We wanted to determine if the SARS-CoV-2 virus could be neutralized by the horse-produced antibodies,” says Charles Bailey, a professor of biology and executive director of the NCBID. “The test we performed on the samples is called a plaque reduction neutralization test, PRNTest. We exposed the antibodies produced in horses, at various dilutions, to the SARS-CoV-2 virus growing on cell culture. The virus was neutralized.” The results of the research are expected to be published in the near future.

The next step—testing the equine antibodies in COVID-19 patients—will begin with an accelerated clinical trial this month. The antibodies’ safety and efficacy will be examined in a group of 26 patients with COVID-19 who have been hospitalized but not placed in an intensive care unit. The results are expected by the end of September. If they are positive, the research will then move to a large-scale trial with hundreds of patients. And if the equine antibodies are shown to be effective, the Clodomiro Picado Institute could immunize more horses to scale up and produce enough of them to cover Costa Rica’s demand—and probably that of its neighbors. It received a $500,000 grant on Aug. 13 from the Central American Bank for Economic Integration to move ahead with equine antibody research.

Unlike monoclonal antibodies, which are being developed to target a specific molecular region, or epitope, on the surface of SARS-CoV-2 to elicit an immune response, horse polyclonal antibodies against SARS-CoV-2 recognize multiple epitopes. The lower specificity translates into a more inexpensive manufacturing process. Alape-Girón estimates that a vial of equine antibodies will cost $100 to produce, whereas a treatment with monoclonal antibodies could be 10 times more expensive.

“It’s not the highest technology,” Macaya says. “It’s not a monoclonal antibody, but it allows us the benefit of speed, and it’s a very pragmatic approach.” Further, “if this were a monoclonal antibody, you would need a big factory to produce them,” he adds. “Here, the horses are the factories—at least for the production part. Then comes the purification part, which is an industrial process, but the Clodomiro Picado Institute already has that infrastructure.”

Fan says this description mirrors her experience at the Butantan Institute in Brazil. “Polyclonal antibody products can be made in large quantities, and cost-effectively, to respond to large-scale pandemic situations, such as the infection by SARS-CoV-2”, she says.

Currently, the Butantan Institute is preparing horses to be immunized with portions of inactivated SARS-COV-2 virus, which were isolated, cultured and purified, using its expertise in the production of influenza virus vaccines. Even though the development protocols differ at the Brazilian and Costa Rican institutes, Fan predicts their antibodies “will have equivalent efficiency and safety in the treatment of COVID-19 patients.”

Even farther south in South America, scientists in Argentina are also developing a potential therapy for COVID-19 patients using equine antibodies, while other researchers worldwide are exploring antibodies against SARS-CoV-2 from llamas and cows. The objective behind all of these projects is the same: to save lives while waiting for a vaccine to become available.

Costa Rica has more than 28,000 cases of COVID-19. “We have over 100 patients in the ICU,” Macaya says. “And our ICU capacity, as with any country, is limited.” His hope is that equine antibodies will prove to be “a very valuable tool in keeping our health care system from collapsing at the ICU level and, obviously, preventing deaths. That’s the ultimate goal.”