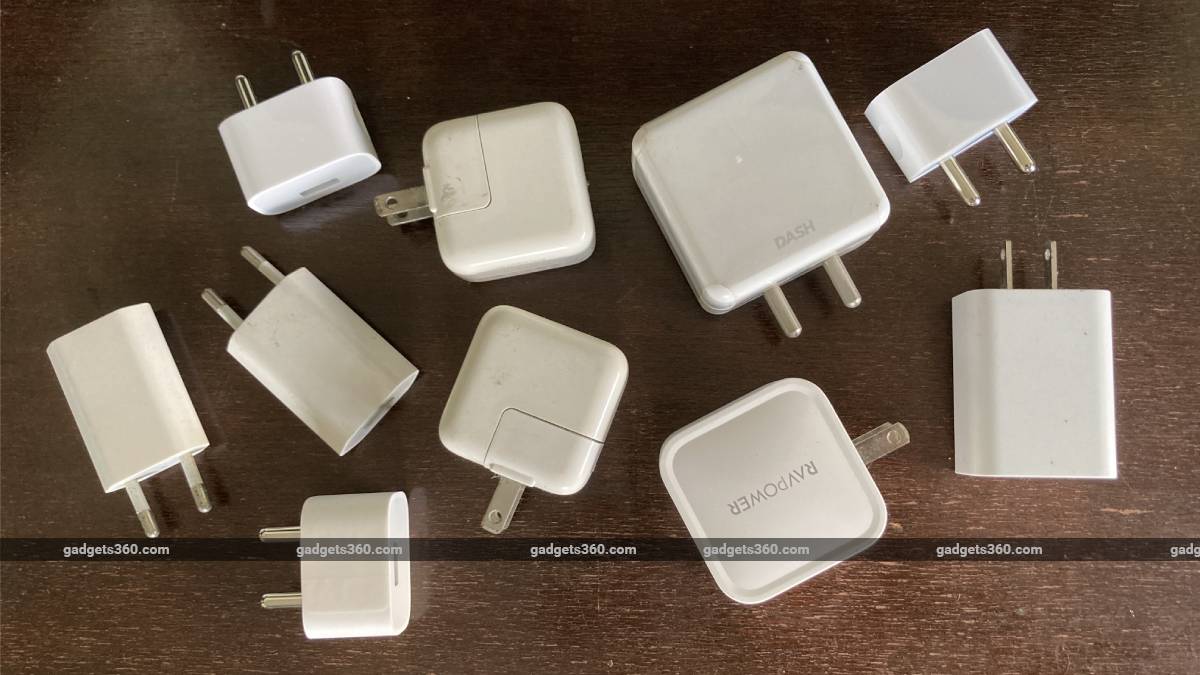 Many companies bury or gloss over parts of announcements that are likely to invite criticism, but Apple specifically highlighted its decision to stop bundling chargers with its latest Apple Watch models when they were announced on Tuesday. The news was framed as part of the company’s moves towards sustainability and eco-friendly packaging, and sure, those goals will be furthered by dropping bundled chargers. But does this argument hold up, or is it just cynical stinginess by a giant corporation?

Let’s just be clear right at the outset – very few companies include mains adapters with small gadgets, including wearables. These typically have small batteries and charge quickly, or can be left somewhere overnight and don’t need to be used urgently. Plenty of headphones, fitness trackers, speakers, household accessories, toys, and even small appliances use Micro-USB or USB Type-C ports for charging, specifically so that buyers can use the chargers they already have.

Do we need new chargers with every new product we buy? For many of us, the answer is no. I have the boxes that my last two iPhones came in – purchased in 2019 and 2017 – and both bundled chargers are still lying inside, untouched. I simply didn’t need to take them out when I already had four or five in use. I have at least one by my bedside, at my desk, and in my bag already, with another few ready to grab whenever needed. I don’t need an individual charger for each device.

That said, I wouldn’t be happy if I couldn’t use a brand new Apple Watch just because I don’t have something to plug it into. Apple’s current PCs all have USB Type-C ports and most of my chargers are Type-A. I might be covered, but I can imagine that others wouldn’t be. PCs and laptops also typically allow relatively low power draw through their USB ports which might be fine for a watch but would quickly become frustrating and impractical for a phone or tablet. It’s worth noting that the new iPads announced at the same event do still ship with chargers.

Of course it’s hard not to see this as a precursor to more sweeping changes – rumours have swirled for months that the upcoming iPhone 12 series will ship without chargers, and that now seems more likely to be the case. This also doesn’t seem to be a huge problem to me. Apple’s bundled chargers have been awful for ages and I nearly always reach for a more powerful one that will charge my phone quicker.

Apple’s measly 5W adapters just don’t cut it anyway, especially since its phones can charge faster, so I often don’t even bother carrying them. Chargers with multiple USB outputs are absolutely necessary in crowded pressrooms and ancient hotels without enough outlets for a laptop, 2-3 phones, wearables, cameras, and other equipment. Plus, I always like having fewer things to carry and remember packing.

Here’s where the problem of charger interoperability comes up, though. The USB standard was of course meant to be universal – it’s right there in the name – but manufacturers now routinely break the specification and push more and more power through the same ports and wires. 33W charging isn’t uncommon in the budget space now, and we’re even seeing 65W on affordable models, with prototypes capable of over 100W charging already being demonstrated.

Sadly, these are all proprietary standards. Neither the USB Power Deliver spec nor Qualcomm’s QuickCharge spec cover these, and you’ll still get the fastest charging (plus necessary safety mechanisms) from each company’s proprietary chargers, which often aren’t even the same between models. Apple might be okay with standard third-party chargers, but it’s also allowing itself to be left behind in the charging speed race.

There’s also been some amount of worry about the perils of using low-cost third-party chargers. Stories of exploding batteries and phones catching fire are rare, but not unheard of. Cheap chargers are nearly always blamed, and companies have long insisted on the use of official or at least certified accessories. With this kind of (at least partially justified) fearmongering, many users are understandably wary of using third-party chargers.

I would argue that Apple has been actively contributing to e-waste over the years by shipping lousy chargers that aren’t useful, and so ditching them is a good move overall. However, the company could help mitigate the inconvenience by cutting prices – Rs. 1,700 for the 5W version and Rs. 2,900 for the 18W version is completely ridiculous.

I remember the very first Apple product I bought, a 40GB iPod Photo. The iPod itself was barely the size of a deck of cards, but the box was roughly 15cm cubed. It contained the iPod itself, a charger, earphones with extra foam covers, a dock, a case, FireWire and USB cables, a video output cable, and stickers. Opening the box was a delight; a consciously engineered part of the whole Apple experience – but this was the last model to ship with such a generous bundle.

Apple has since then constantly moved to smaller boxes with fewer accessories, cutting down on packaging and shipping costs. All of this does benefit the environment – smaller boxes mean more of them can be packed into each plane and truck, cutting down on fuel costs and emissions. The company’s commitments to eco-friendly materials and manufacturing processes, not to mention renewable energy, are no joke. So I don’t believe that ditching boxed chargers is purely a cynical money-grab, but I do think that Apple could make the transition easier and do more to smooth over the potential pain points its customers might have to deal with.