AMD has made a number of announcements related to its research and development efforts, and has publicly disclosed brand new roadmap updates at its Financial Analyst Day event. While light on product-specific news, we now know a lot about how the next few generations of CPUs and GPUs will shape up, and how AMD plans to gain market share in the important enterprise and data centre markets. AMD has had a very good run over the past three years, mostly thanks to the brand new Zen CPU architecture which came after nearly a decade of struggling to be competitive. The company announced growing revenue, increased profitability, and significant market share gains.

Describing AMD’s “multi-generational” graphics and compute roadmaps, CEO Dr Lisa Su outlined the company’s corporate strategy and recapped successes across the client, cloud, gaming, and supercomputing spaces in recent years. AMD has so far shipped over 260 million Zen cores across its Ryzen, Threadripper, and Epyc processors since they debuted in 2017. For desktop users, new CPUs codenamed ‘Vermeer’ based on the Zen 3 architecture, will launch this year and in 2021, depending on market segment, as expected. 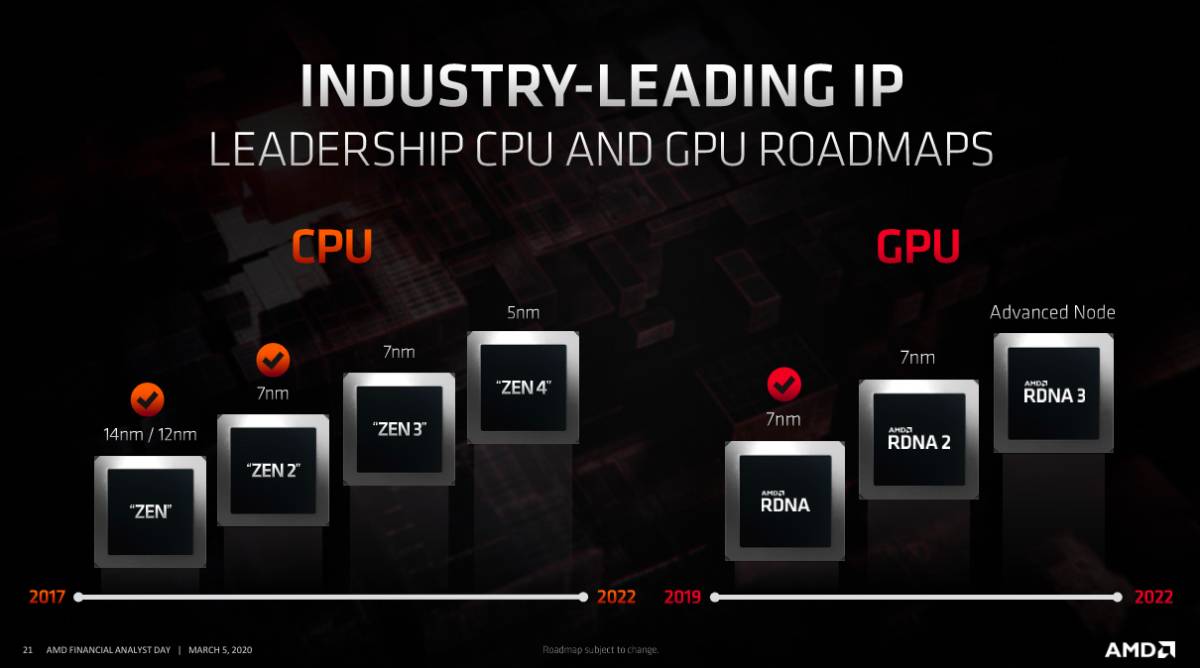 The next generation of Epyc processors, based on the Zen 3 architecture and codenamed ‘Milan’, are expected to be launched in late 2020. AMD also announced that work on the subsequent Epyc ‘Genoa’ generation based on Zen 4 cores is progressing, and these CPUs are expected to be manufactured on a new 5nm process, to hit the market by 2022.

AMD’s scalable Infinity Fabric interconnect, which has allowed for an efficient modular chiplet-based design, is now known as Infinity Architecture. The third generation will optimise coherent memory sharing between a CPU and GPU for improved performance as well as simplified software development. Future CPUs will be manufactured using a die stacking process that AMD is calling ‘X3D’ which could result in up to 10x increases in bandwidth density.

As for graphics, we can expect new high-performance flagship-grade graphics cards towards the end of 2020, based on the second-gen RDNA (Radeon DNA) architecture. AMD promises hardware-accelerated ray tracing as well as variable rate shading, as well as a 50 percent improvement in power efficiency. 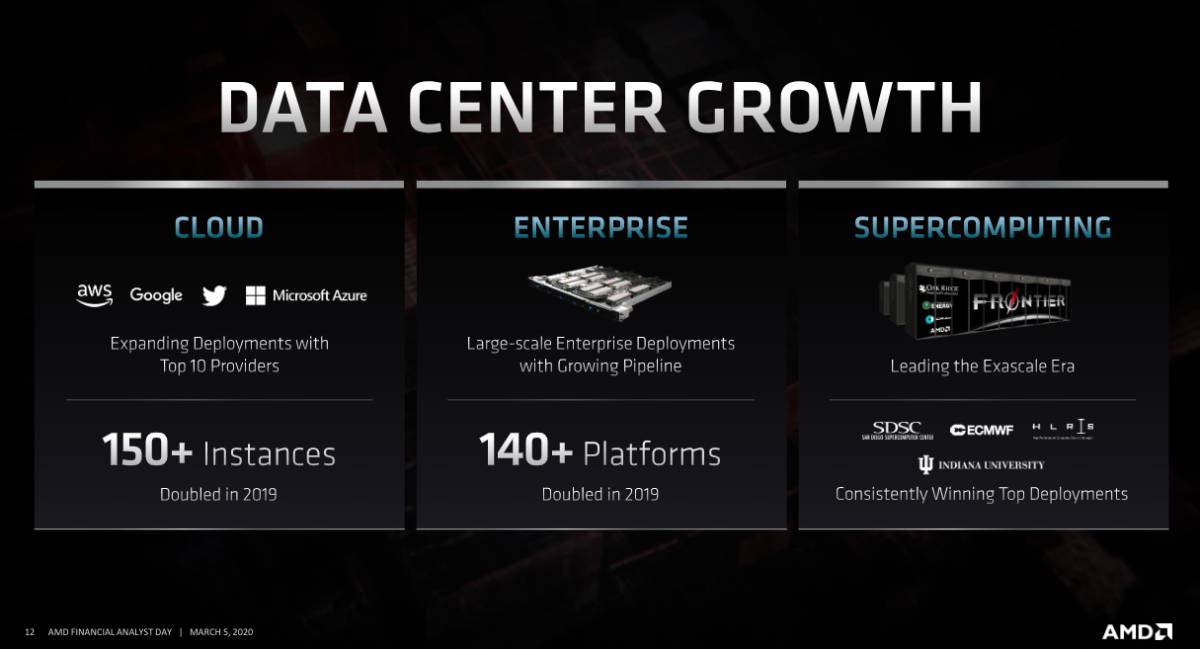 This also sheds some light on what we can expect from Sony and Microsoft’s next-gen game consoles, both based on semi-custom AMD CPUs and CPUs, and both expected to launch this year. With a common hardware and software ecosystem, game developers will be able to target PCs and consoles with less effort. AMD also disclosed that third-generation RDNA will succeed it in or near 2022.

Alongside the RDNA architecture for consumer gaming graphics cards, AMD will introduce a new CDNA (Compute DNA) product line for data centre compute workloads. Products will launch this year and target machine learning applications in the near future, with exascale-class supercomputing applications on the roadmap for the future. This will allow the company to develop focused products for this important market, which can be deployed in conjunction with Epyc server CPUs.

That ties in with a recent announcement by AMD that it has a won a contract to supply a new supercomputer called El Capitan for the Lawrence Livermore National Laboratory which will be more powerful than the world’s current top 200 supercomputers combined. As the world’s most powerful supercomputer, it will be the first to break the 2 Exaflop barrier. It will be based on future Zen 4-based Epyc ‘Genoa’ CPUs, Radeon Instinct GPUs, and the Infinity Architecture interconnect. It will be completed in early 2023.