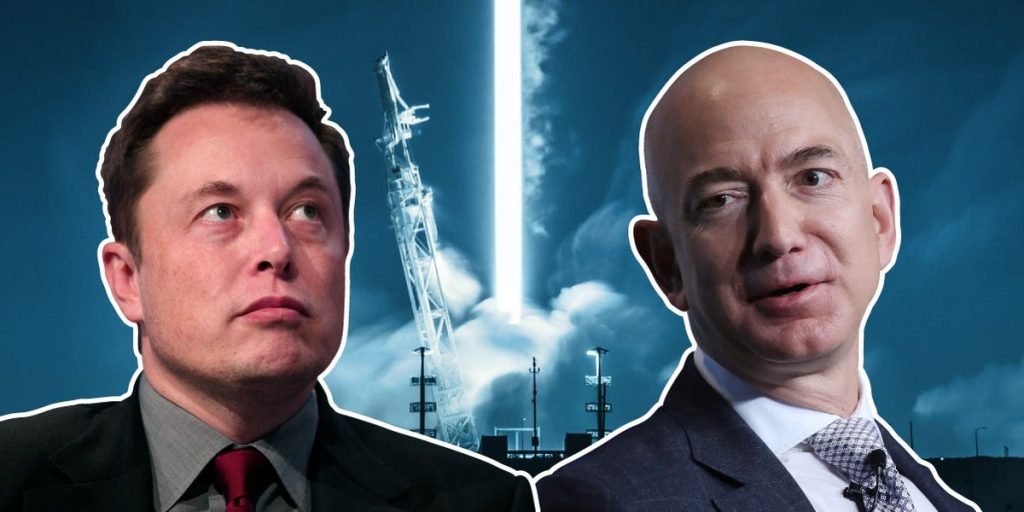 Amazon, founded by Jeff Bezos in 1995, just claimed a major victory by getting regulatory approval to create Kuiper, a planned fleet or constellation of 3,236 of internet-beaming satellites.

If realized, Kuiper would compete with Starlink, a similar yet potentially much larger fleet of 12,000 to 42,000 satellites — many times the number of spacecraft humanity has ever launched — being formed by SpaceX, the aerospace company founded by Elon Musk.

On Wednesday, the FCC’s five commissioners unanimously voted to permit Amazon to launch its Kuiper fleet into space and communicate with Earth-based antennas, giving the project the paperwork it needs to get off the ground.

“We conclude that grant of Kuiper’s application would advance the public interest by authorizing a system designed to increase the availability of high-speed broadband service to consumers, government, and businesses,” the FCC wrote in its order, released on July 30.

In a subsequent announcement by Amazon on Thursday, the company pledged to invest “more than $10 billion” in its effort to provide “reliable, affordable broadband service to unserved and underserved communities around the world.”

“A project of this scale requires significant effort and resources, and, due to the nature of [low-Earth orbit] constellations, it is not the kind of initiative that can start small. You have to commit,” Amazon said.

That amount, incidentally, is precisely what SpaceX COO Gwynne Shotwell estimated in May 2018 as the cash it may take to complete Starlink.

In his descriptions of Starlink to reporters in May 2019, Elon Musk has said SpaceX is attempting to claim just 1-3% of a roughly trillion-dollar-a-year global telecommunications business. He also said the project could net SpaceX between $30 billion to $50 billion a year — about 10 times what it takes in for launching rockets. (This has prompted some analysts to value the company upwards of $100 billion.)

The same market access and capture is likely true of Amazon, which has prompted heated regulatory battles with SpaceX and other companies, at one point even prompting Musk to call Bezos a copycat. However, with Amazon’s growing and lucrative digital entertainment divisions, bringing affordable high-speed internet to populated and remote areas alike stands to expand its customer base and bottom line.

Like SpaceX, though, Amazon had to go through the FCC first.

The federal regulator is in charge of divvying up the wireless spectrum and assigning permission to use certain frequencies for specific purposes — in the case of Kuiper, Starlink, OneWeb, and other planned providers, shuttling web data to and from space to blanket America (and other parts of the world) in high-speed, low-lag broadband. Amazon asked for the FCC’s permission in 2019, engaging the company in a heated competition with similar providers.

Now, with the FCC’s authorization, Amazon can launch its planned satellites, which would circle the planet at altitudes ranging from about 367 miles (590 kilometers) to 391 miles (630 kilometers), a region called low-Earth orbit (LEO) or even very low-Earth orbit (VLEO). Such distances are more than 50 times closer than traditional geostationary internet satellites, enabling them to shuttle data at fiber-optic-like spaces.

The FCC order states that Amazon plans to launch Kuiper in five phases and that its not-yet-existent internet service is supposed to come online after 578 satellites.

How big those satellites will be, what they will look like, and which rocket or rockets will launch them into orbit is not yet clear. But Bezos in 2000 founded an aerospace company called Blue Origin that is working to — as SpaceX has successfully done — develop reusable rockets. Blue Origin’s forthcoming planned heavy-lift rocket is called New Glenn, and it may have the potential to deploy dozens or hundreds of satellites at once.

SpaceX, for its part, seems potentially years ahead of Amazon, having already deployed more than 500 Starlink satellites, built user terminal and ground stations, and even launched a private beta that could lead to the first public service later this year.

The FCC’s order didn’t grant everything Amazon wanted, but the company nevertheless emphasized its importance by announcing its massive planned investment in the scheme.

“We have heard so many stories lately about people who are unable to do their job or complete schoolwork because they don’t have reliable internet at home,” Dave Limp, a senior vice president at Amazon who previously developed its Kindle product and is now overseeing Kuiper. “There are still too many places where broadband access is unreliable or where it doesn’t exist at all. Kuiper will change that. Our $10 billion investment will create jobs and infrastructure around the United States that will help us close this gap.”

In addition to its goals of serving up internet to home consumers, schools, businesses, emergency responders, medical establishments, Amazon said it also plans to “provide backhaul solutions for wireless carriers extending LTE and 5G service to new regions” to bring internet to hard-to-reach areas by other means.

The clock is ticking for Amazon to execute. The FCC requires 50% of its satellites to be operational by July 30, 2026, and the rest of its fleet to launch before July 30, 2029, or the company could lose its permission to operate the network.

The government’s decision only obliquely addressed the threat and growing impact of low-flying fleets of satellites to astronomy, and especially to radio astronomers. In its decision, the FCC noted avoiding such disruption is “not a condition” for its authorization, but that Amazon “should be aware of these facts” and work with the National Science Foundation to mitigate the problems.