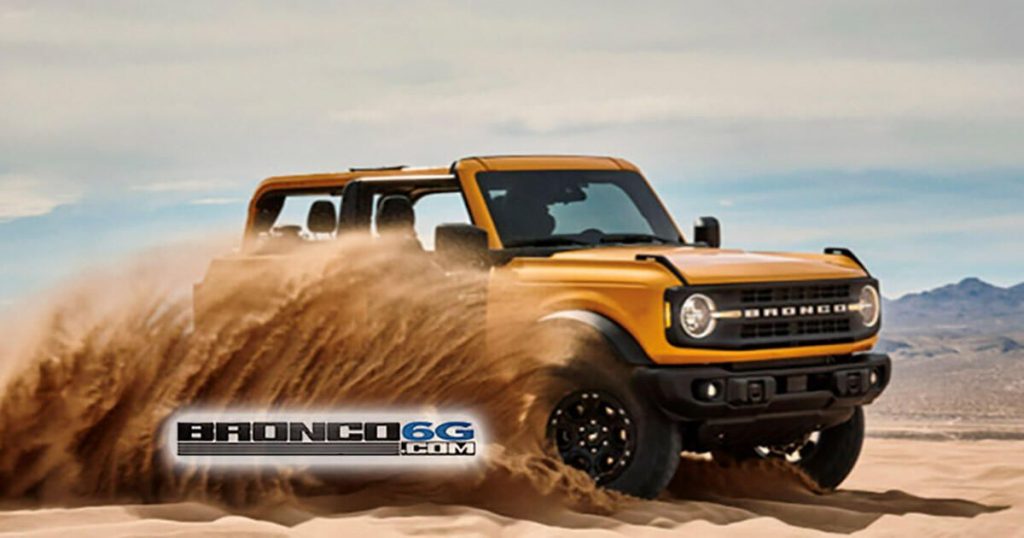 The 2021 Ford Bronco will finally make its debut on Monday, July 13. And with only days to go until the big unveiling, cue the leaked photos.

The Bronco6G forum published this photo of a yellow, two-door Bronco on Friday, showing the new SUV in all its glory (well, except for the part covered by a big plume of sand). The photo confirms a few things we already know: The Bronco’s doors and roof will come off, it’ll have huge tires, and the grille will have a retro design. We really like how the mirrors are mounted to the pillar rather than the doors themselves, unlike what Jeep does on the Wrangler.

The forum post doesn’t include any other details, but there’s a ton we know about the Bronco already. In addition to this two-door model, there will be a four-door version, as well as a smaller Bronco Sport that’ll ride on a completely different platform.

Ford will reveal the 2021 Bronco family online at 8 p.m. ET on Monday, July 13, and you’ll be able to watch the whole thing right here on Roadshow. In the meantime, brush up on everything we know about Ford’s hotly anticipated SUV, and check out our historical retrospective of the Bronco to see all the models that led up to where we are now.