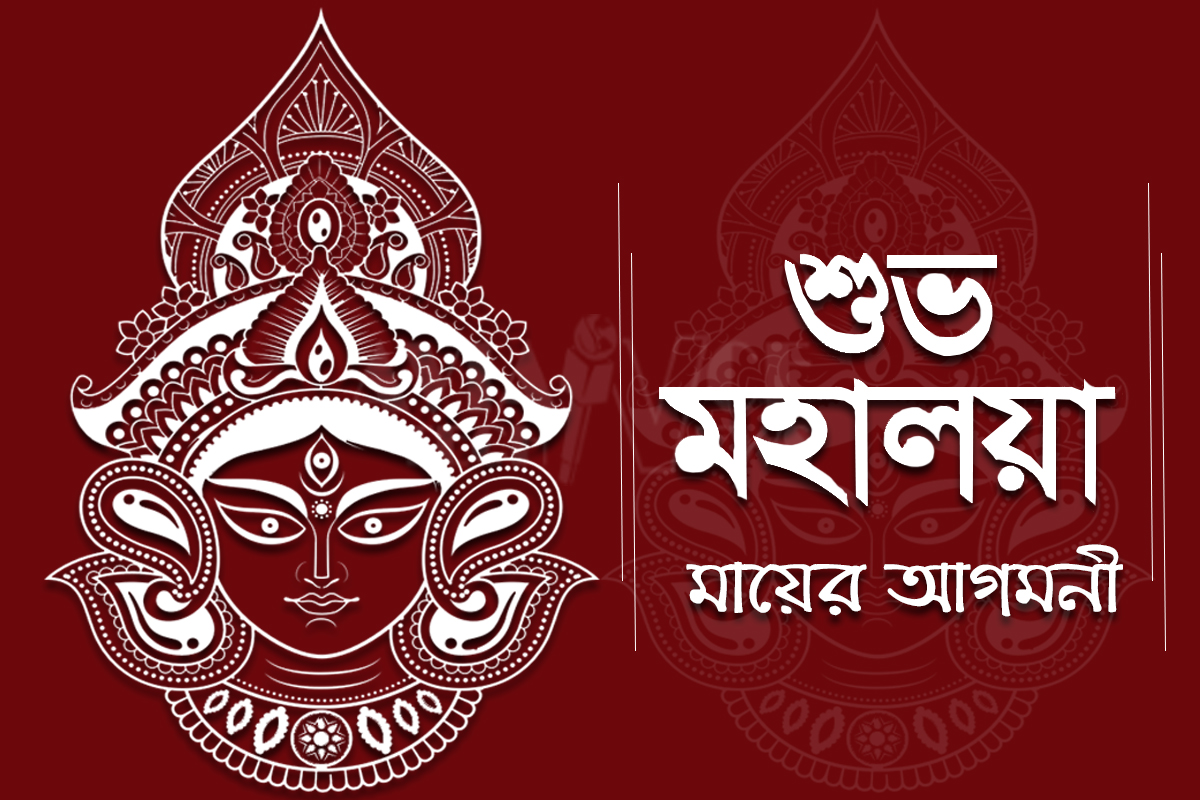 Mahalaya (In Bengali মহালয়া) marks the beginning of Durga Puja. Mahalaya is the day when the goddess Durga is believed to have descended to Earth. Bengali people traditionally wake up early in the morning on Mahalaya to recite hymns from the Devi Mahatmya (Chandi) scripture. Normally, Mahalaya is observed seven days before the Durga Puja. This year, Mahalaya is observed on 17 September and Maha Panchami on 21 October.

Mahalaya marks the start of the Durga Puja festival. On this day, Goddess Durga is believed to have descended to Earth.
It is believed Goddess Durga undertakes this week-long journey with her children — Ganesha, Kartik, Lakshmi, and Saraswati — on a vehicle of her choice. It could be a palanquin or a boat, an elephant, or a horse.

Durga Puja 2020 will be celebrated in the month of October with Mahalaya on 17 September and Maha Panchami on 21 October. Durga Puja celebrates the ten-armed mother goddess and her victory over the evil buffalo demon Mahishasura. While celebrated across India, In West Bengal, Assam and Tripura, it is the biggest festival of the year and the most significant cultural event in Bengali Hindu society. Durga Puja is a ten-day festival, even though it is the latter five days that are recognized and celebrated. The last five days being special festivals that are reflected in public holidays in some states in India. The pandals are beautifully decorated with a certain theme. The streets are crowded with people who are out to see the pandals and the idols of the goddess Durga.