Your browser does not support JavaScript!
Skip to content
webmaster 6 days ago 8 min read

When the biotech company Moderna announced early on Monday morning positive results from a small, preliminary trial of its coronavirus vaccine, the company’s chief medical officer described the news as a “triumphant day for us.”

Moderna’s stock price jumped as much as 30 percent. Its announcement helped lift the stock market and was widely reported by news organizations, including The New York Times.

Nine hours after its initial news release — and after the markets closed — the company announced a stock offering with the aim of raising more than $1 billion to help bankroll vaccine development. That offering had not been mentioned in Moderna’s briefings of investors and journalists that morning, and the company chairman later said it was decided on only that afternoon.

By Tuesday, a backlash was underway. The company had not released any more data, so scientists could not evaluate its claim. The government agency leading the trial, the National Institute of Allergy and Infectious Diseases, had made no comment on the results. And the stock sale stirred concerns about whether the company had sought to jack up the price of its stock offering with the news.

The Moderna episode is a case study in how the coronavirus pandemic and the desperate hunt for treatments and vaccines are shaking up the financial markets and the way that researchers, regulators, drug companies, biotech investors and journalists do their jobs.

Drug companies accustomed to releasing early data to attract investors and satisfy regulators suddenly find themselves accused of revealing too much, or not enough, by a new, broader audience. Journalists may be scolded for hyping early findings, while those who ignore sketchy data may be blamed for missing the news.

Scientists who take the traditional time to gather and analyze their data for publication in mainstream journals are criticized for sitting on lifesaving information. Upstart websites beat the journals and break the usual rules by publishing unvetted studies, some of dubious quality. And President Trump uses his bully pulpit to promote unproven treatments.

“You have these wild swings, based on incomplete information,” said David Maris, managing director of Phalanx Investment Partners, and a longtime analyst covering the pharmaceutical industry. “It’s a crazy, speculative environment, because the pandemic has caused people to want to believe that there’s going to be a miracle cure in a miracle time frame.”

Moderna’s chairman, Noubar Afeyan, defended the decision to open a stock sale hours after releasing limited data. He said the company’s board had been considering an offering before Monday’s announcement, but finalized the decision only late in the day.

“It was based on our looking at the data and concluding that we needed to have our own resources going into develop this vaccine and not simply wait for government grants,” he said. Moderna has a deal to receive up to $483 million from the U.S. government to pursue a vaccine.

While corporations and scientists are under incredible pressure to develop a vaccine and raise money for research and manufacturing, vaccine companies are also vying for attention from investors amid a crowded field and are seeking to lift their stock prices in a global recession.

Nearly all are trying to compress the timetable for developing vaccines that normally takes years, sometimes decades, into a year or so — and still ensure that the vaccines will be safe and effective.

At the same time, a torrent of information is blasting from medical journals as well as company and university news releases. Articles are posted on so-called preprint websites of studies that have not been peer-reviewed by experts, unlike articles in mainstream medical and science journals. Clinicaltrials.gov, which lists medical studies, showed that 1,673 were underway for Covid-19, the disease caused by the coronavirus, as of May 23.

News outlets are rushing to stay on top of new findings, and to feed a public hungry for any advances in potential treatments or vaccine candidates that hold promise against the highly infectious virus. Some news organizations would prefer to maintain traditional practice and ignore early results of medical studies, waiting for peer-reviewed data but they are also competing to report on the latest studies.

Still, concerns arise routinely about the quality of rapidly posted data and the motivations behind announcements.

“Why does any company release early data?” Mr. Maris asked. “Clearly there is an appetite for it. People want to know that we are making progress. Having a vaccine is the clearest way to a full reopening and putting this behind us.”

Moderna’s preliminary results were promising. Its vaccine, the first to be tested in humans, appeared safe and stimulated antibody production in the first 45 study participants. And of eight who have undergone further testing so far, all produced so-called neutralizing antibodies, which can stop the virus from invading cells, and should prevent illness.

But there were no details — no charts, no graphs, no numbers, nothing published in a journal.

Releasing sparse data is not unusual in the biotech world, where companies often present early trial results months before they are published in journals. Publicly traded companies are required to disclose material information that might lead an investor to buy or sell shares. The company said federal researchers who are conducting the trial would be responsible for submitting the data to be reviewed and published.

Mr. Maris said that he would leave it to regulators to decide if the company had acted inappropriately in not announcing the stock sale sooner, and said that investors should have been told earlier that the company was considering a stock offering. “There’s something wrong with that,” he said.

Moderna, based in Cambridge, Mass., went public in 2018 and has been a favorite of biotech investors, given its focus on the hot area of immuno-oncology and its partnerships with companies like Merck and AstraZeneca, and with the Vaccine Research Center at the National Institute of Allergy and Infectious Diseases.

Its technology, based on genetic material called messenger RNA or mRNA, is considered highly promising.

“Messenger RNA is one of the hot new platforms,” Dr. Anthony Fauci, director of the infectious disease institute, said in an interview on Thursday, adding that it can be adapted quickly to produce new vaccines and scaled up easily.

Although Moderna has other vaccines in its pipeline, none have come to market, and the viability of its mRNA vaccine-making platform — the basis of the company — is on the line. It is a front-runner in the coronavirus vaccine race, and its stock has risen more than 250 percent since the beginning of the year. It closed at $69 a share on Friday afternoon, down 26 percent from a high Monday of $87.

Dr. Afeyan acknowledged that companies were now subject to far more intense scrutiny with so much riding on the outcome of drug development.

“People are basically saying, you know, one shouldn’t do this,” Dr. Afeyan said. “And if you don’t put out data, people will say, why are you withholding the data? People are trading without knowing the data. So it’s a tough situation to be doing science in, and we have no choice because we’re trying to develop a vaccine.”

With so many different interests demanding the latest information — including governments around the world — the company couldn’t withhold it from the public, he said. “As a public company, if we have it, we cannot give this to them and hide it from other people.”

Dr. Fauci said that whilecompanies often release partial data, “My own preference, and what my group will do, will be to wait until we get the data solid and then publish it in a paper saying, ‘In the first phase this is what we saw.’”

Still, he considers Moderna’s preliminary results encouraging. The levels of neutralizing antibodies in the eight people tested for them appeared high enough to be protective, Dr. Fauci said. But he emphasized that eight is a small number.

“I have to underscore it’s still limited,” he said, “and that’s the reason why I just withhold my enthusiasm, but I still have some cautious optimism.”

“When you’re developing a vaccine,” he said, “nothing is guaranteed.”

Moderna is not the only company that has failed to release detailed scientific data. Little has been known about another closely watched product, remdesivir, an experimental treatment for Covid-19 developed by the drugmaker Gilead.

On April 29, Gilead announced that it was “aware of positive data” about remdesivir’s performance in a federal trial. A few hours later, from the Oval Office, Dr. Fauci said the drug could modestly speed recovery in patients. Although he said it was not a “knockout,” Dr. Fauci — his agency ran that trial, too — said the drug could become the standard of care.

A few days afterward, the Food and Drug Administration granted emergency authorization to use remdesivir to treat Covid-19.

Weeks passed with no detailed data about the clinical trial being published, even though doctors were administering the drug with little information to guide them.

“It was a highly conflicted statement from a highly respected and deservedly respected scientist,” said Gary Schwitzer, the publisher of HealthNewsReview.Org, a watchdog publication that argues for more accurate science journalism. “So it brings you back to, what do we believe? Whom do we believe?”

Dr. Fauci said he and his research team decided to report some results when the study was stopped after an independent safety board found that the treated patients were recovering faster than those receiving placebos. For ethical reasons, all patients had to be offered the drug.

The information would likely have leaked out — especially given that, two weeks earlier, information from another remdesivir trial had been disclosed to the news site STAT, sending Gilead’s stock up.

Dr. Fauci announced that patients treated with remdesivir recovered in 11 days, compared with 15 days for those getting placebos.

The fast pace of research has caught many news organizations off guard, prompting case-by-case discussions on tight deadlines to decide whether — and how — to cover scientific news even when the quality of studies wouldn’t normally meet their standards.

Scientific articles normally take months to go through peer review. But now, many papers are being published on preprint servers, where scientists are posting research before it is accepted by a journal. The site medRxiv, which was founded last June, had 10 million views in April and has posted nearly 3,100 papers related to Covid-19 since January. A similar site, bioRxiv, has posted about 760 papers on the virus.

“People recognized that there was an urgent need to disseminate information,” said Dr. Harlan Krumholz, a cardiologist and health care researcher at Yale University, and a co-founder of medRxiv. which is pronounced “med archive.” “People recognized that even weeks matter in this moment when we don’t know very much.”

Asked about criticism that sites like medRxiv encourage the rash publication of bad science, Dr. Krumholz said these conversations were healthy and noted that articles in peer-reviewed journals could also be flawed. Submissions go through basic vetting to ensure the research is legitimate.

“Engage in whether it’s good science or not,” he said. “Let’s engage in the consequences of this.” 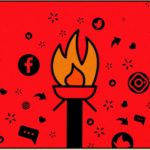 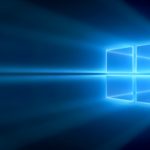 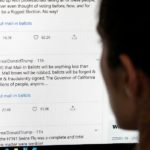